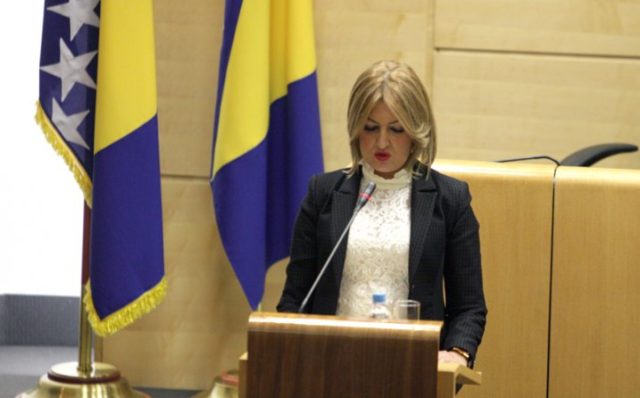 Vesna Švancer, vice-president of the Federation of Bosnia and Herzegovina’s House of Representatives (FBiH) is on trial for fraud before the Municipality Court in Zenica.

The Cantonal Prosecutor’s Office of Zenica-Doboj Canton wrote in the indictment that Švancer falsely promised a Zenica condo owner that she would sell her condo at her behest and give her the money. The owner gave Švancer a power of attorney.

Švancer sold the apartment for €19,800 and has kept the money.

The trial began last year. The owner is scheduled to testify next month.

Last October, Švancer was appointed vice-president of the House of Representatives. After the General Elections held in 2014, she became a legislator in the FBiH Parliament on the ticket of the Alliance for Better Future (SBB).

Švancer is not the only politically active person who’s been indicted for fraud. Some of them have been convicted in the meantime. Esed Radeljaš, the current minister of industry in Bosnia-Podrinje Canton was convicted of fraud by the Supreme Court of FBIH in 2005. He sold other people’s land and kept the money.

He has never served prison time because of a typo in the court documents. The Center for Investigative Reporting in Sarajevo has investigated his other property frauds.

In 2007, Petar Đokić, the current minister of industry, energy and mining in the Republika Srpska (RS) government was sentenced to three months by the Brčko District Appeal Court because he defrauded Telekom RS for more than 30,000 KM.