Parliament Adopts a Motion for Protection of Journalists

The Federation of Bosnia and Herzegovina (FBiH) Parliament adopted a motion by the parliamentary group of Social-Democratic Party of BiH to amend the FBiH Penal Code with provisions that would treat assault or battery on a journalist like that on an attack against a police officer or a public employee. 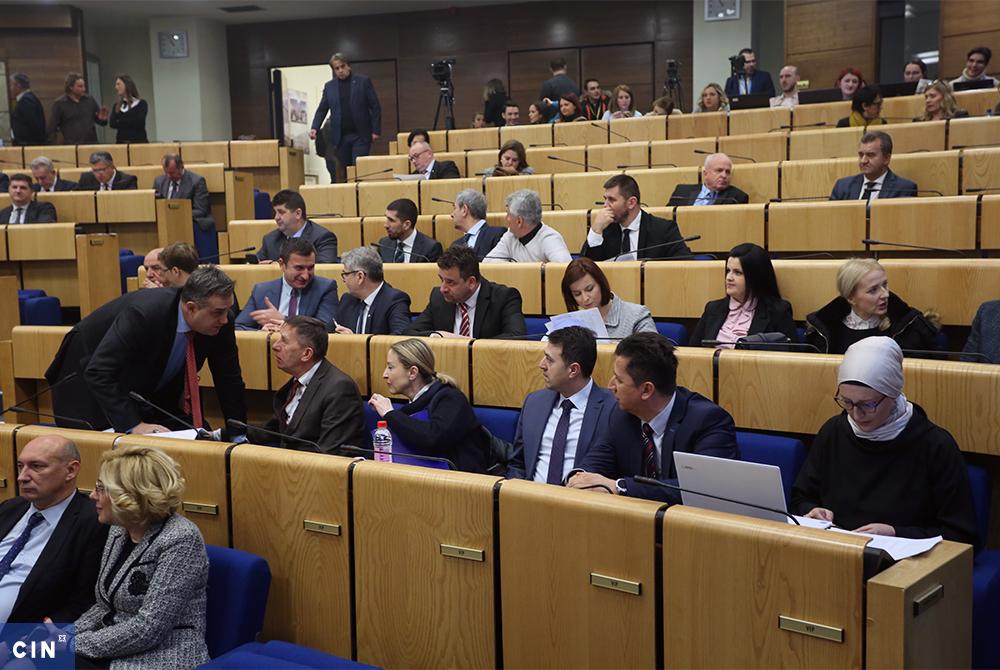 This initiative is the first step towards the amending of the FBiH Penal Code. (Photo: CIN)

Legislators from the FBiH Parliament adopted a motion to amend the FBiH Penal Code with provisions that would protect reporters on the job.

Senaid Begić, an MP with the Social-Democratic Party of Bosnia and Herzegovina (SDP BiH), has proposed the motion in favor of which voted 54 out of 74 legislators.

“Several days ago all of this came to a head when (a local politician said) ‘a camera attacked a journalist’ and I thought that this would get passed by a qualified majority today,” said Begić. “However, I was surprised about the lack of support following the secret ballot.”

During the secret, i.e. electronic ballot, the motion was not passed because only 41 MPs cast their vote. However, the SDP BiH parliamentary group called for individual voting. As a consequence, the motion received the majority support.

Most of the legislators from the Party of Democratic Action (SDA) and Croatian Democratic Union in BiH (HDZ BiH) did not support the motion.

According to the FBiH Penal Code an assault or battery of a person working in official capacity carries a sentence from one to ten years in prison, depending on the circumstances of a case and the severity of injuries. If the Law is to be amended as was proposed, this would mean that assault on journalists will be treated the same as assault on a police officer.

“There is not one known case where an individual was brought to justice after a verbal or physical assault,” said Damir Mašić, the chair of SDP’s parliamentary group. “This obviously means that some loopholes are being exploited”.

The deputy chair of the SDA parliamentary group, Osman Ćatić, told reporters from the Center for Investigative Reporting (CIN) in Sarajevo that he did not want to comment on the motion.

HDZ BiH legislator Mladen Bošković said that apart from journalists there are other imperiled groups which could require better protection and added that HDZ BiH parliamentary group had no consensus on the issue.

Everyone cast the ballot how they thought was right, explained the chair of HDZ BiH parliamentary group. “I think that my explanation gave you an explanation why someone might have absented,” said Bošković,