The Case of Jusufranić: Vehicle Cleaning Systems for Better Business

After leaving the Sarajevo Public Transit Authority, Ibrahim Jusufranić and his family acquired property worth millions.

In 2006, Ibrahim Jusufranić submitted his unconditional resignation and left Cantonal Public Transit Authority (GRAS) after 17 years at its helm. The authority was saddled with 25.2 million KM of debt. 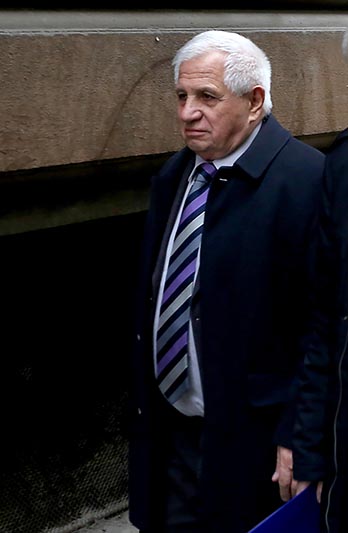 Ibrahim Jusufranić is accused of damaging Sarajevo Public Transport Authority for nearly one million KM. Lawyers advised him not to talk to reporters about his investments in real property. (Photo: CIN)

Soon after this, the police began an investigation on allegations that he had mismanaged nearly one million KM of the company’s money.

Jusufranić was more successful in his business life – together with wife Smiljka and son Jasmin, they acquired property worth at least 7.5 million KM.

Over a ten-year period the family bought three offices, two plots of land and a ruined summer house in Sarajevo as well as a plot of land in Travnik on which they’ve built a University.

They had once owned only a house and an office space in Sarajevo.

Following in His Father’s Footsteps

By then, Jasmin Jusufranić was the owner of two offices in a Sarajevo neighborhood of Čengić Vila and a plot of land in Osijek, on the city’s outskirts.

In June 2004, Jusuf bought Jasmin the first office space of 43-square meters for 60,000 KM. In the following year, Jasmin and Smiljka paid 416,000 KM for an office space of 208-square meters. The property was more expensive but the Jusufranićis got a 10 percent discount for paying it upfront. 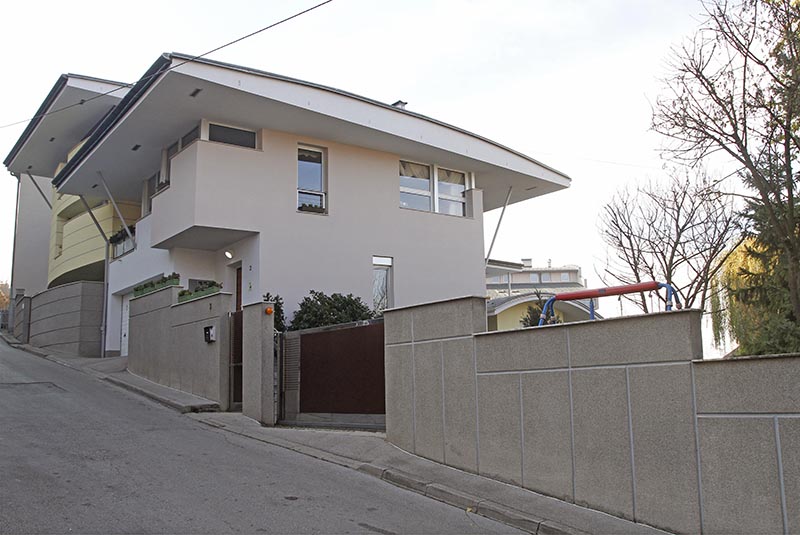 The Jusufranićs live in a spacious villa in Sarajevo. (Photo: CIN)

Jasmin told reporters from the Center for Investigative Reporting in Sarajevo (CIN) that he did not know what property they asked him about: “I bought nothing. I don’t know what offices you’re talking about…Frankly, this is the first time I hear about this.”

In March 2006, Jusufranić junior bought a plot of land along an interstate road on the western exit from Sarajevo toward the Osijek neighborhood. He paid 90,000 KM for around 3,000 square meters.

The Federation Police Authority opened an investigation against him in August 2007 alleging insider trading, so Jasmin retitled property to his father and mother.

Sarajevo Canton Prosecutor’s Office alleges that Jasmin committed tax evasion and money laundering. According to a bogus gift contract, the shareholders of “Unioninvest – izgradnja objekata” had given away to him 8,091 shares, but in fact, he paid for them around 353,000 KM.

That year his mother Smiljka bought more than 4,000 square meters of land and a run-down summer house in Miševići near Sarajevo for 77,000 KM. 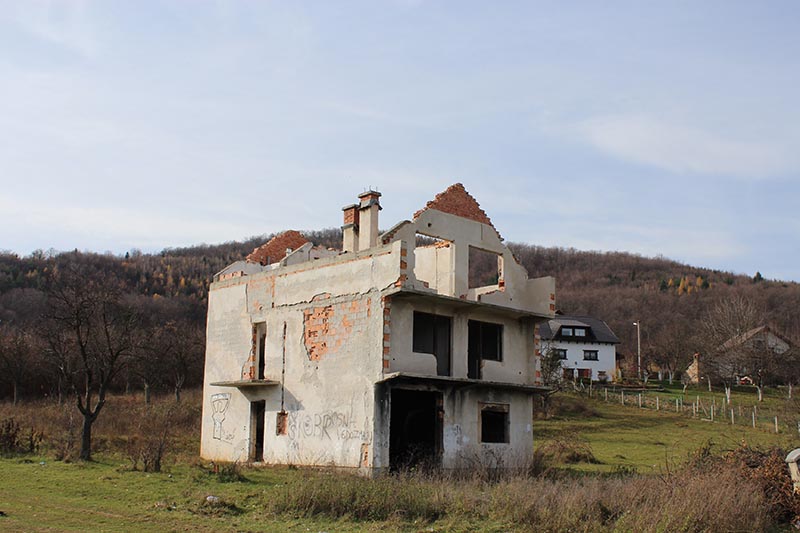 Smiljka Jusufranić paid 77,000 KM for a ruined summerhouse and a plot of land in Miševići near Sarajevo. (Photo: CIN)

That was a fifth property in Sarajevo deeded to her name since the beginning of 1990s. Apart from the office space she bought with her son, Smiljka Jusufranić owned another office space since before the 1992-1995 war. In 1999, she bought a house with 1,000 square meters of land for 81,500 KM. There, in a newly built spacious villa complete with a swimming pool, the Jusufranićs live today.

Smiljka Jusufranić said that Ibrahim and her hail from rich families and were rich before the war: “I and he know very well how to invest money and how to make money. We are not wastrels.”

In February 2014, Ibrahim Jusufranić bought for 20,000 KM his last property — an office space of 19-square meters — in the Sarajevo neighborhood of Čengić Vila.

When CIN asked him how he had managed to pay for real property and the construction of the private university’s building, Jusufranić refused to talk. 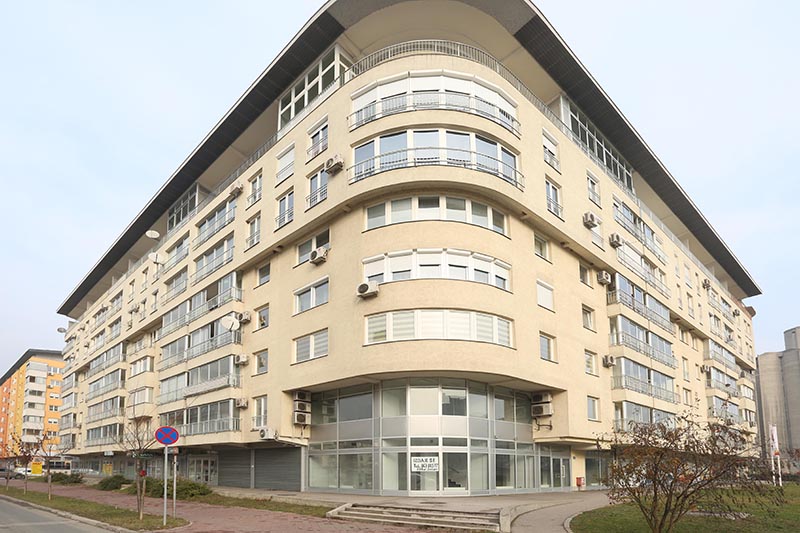 Jasmin Jusufranić and his mother Smiljka paid 416,000 KM for an office space on the ground floor of a building in the Sarajevo neighborhood of Čengić Vila. (Photo: CIN)

Petrović was the head of GRAS’s tourism office during Jusufranić’s term. The Cantonal Prosecutor’s Office charged the two of them with tender collusion and manipulation that damaged the company.

In 2010, Jusufranić incorporated the International University Travnik that now has seven departments. Upon incorporation, Jusufranić needed work space, so five months later he bought a piece of land for 887,000 KM near Pirot football club’s stadium in Travnik. Meanwhile, he has built a large building, a parking lot and green area over nearly seven thousand square meters. According to the financial statements obtained by CIN, the Jusufranićs’ invested around six million KM into construction and equipment by the end of 2014.

Ibrahim Jusufranić has shown better stewardship as a CEO of his private company compared than the publicly-owned. According to GRAS’s records, the company piled up 25.2 million KM of debt between 2002 and 2005. The prosecutors accused Jusufranić of damaging the company for around 883,000 KM when he bought four vehicle cleaning systems for GRAS from Slovenian firm Elesprom in 2004. The trial began last November. 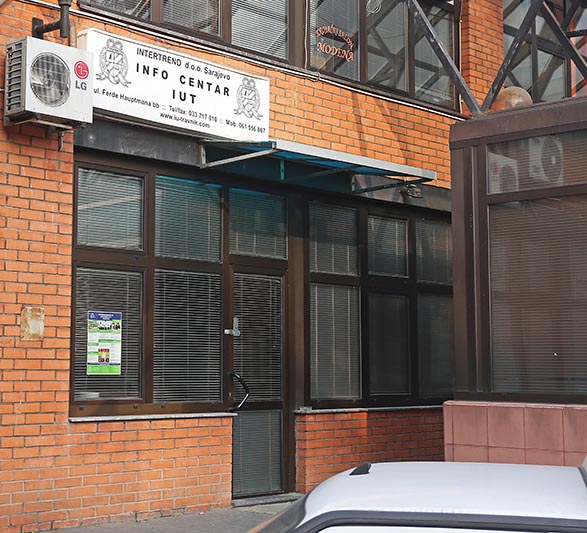 The Jusufranićis opened a branch office of Travnik International University in their office in the Sarajevo neighborhood of Čengić Vila. (Photo: CIN)

The indictment reads that Jusufranić insisted on the unnecessary procurement, even though he knew that GRAS had no money for it. The company took a loan to pay for the machines and wasted money on the interest and on the storage charge because GRAS had no licenses to install and operate them.

In the beginning of 2004, Jusufranić proposed the GRAS Board of Directors to buy vehicle cleaning systems, but did not disclose that the company’s task force had found this proposal unnecessary, according to the indictment. He told the prosecutors that this was an internal report that he was not obliged to share with the Board. The procurement of the machines would save GRAS money it paid for salaries of more than 60 cleaning ladies who had washed vehicles by hand, Jusufranić told prosecutors.
At the end of the same year, the Board – unaware of the report – accepted Elesprom’s offer.
Nine and a half years after the delivery of the machines that GRAS paid 1.82 million KM, they are still not in operation. “To this day the machines are practically uninstalled. That is, one is installed, but it’s not fully operating,”,the cantonal prosecutor Senad Osmić told CIN. 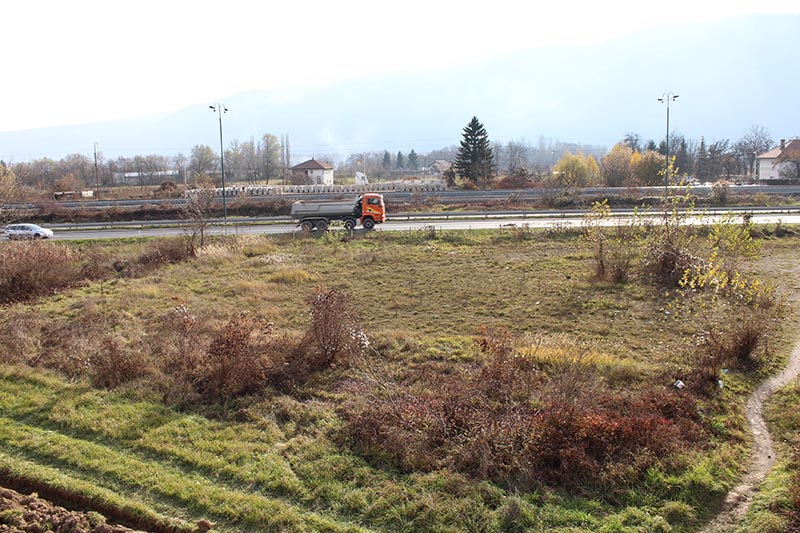 Forgery to Win a Tender

Prosecutors allege that Ibrahim Jusufranić and Petrović damaged GRAS for 95,700 KM by helping a Sarajevo-branch of German company “Hellner & More” win a tender for the sale of advertisement space in GRAS’s vehicles. Petrović was a beneficial owner of the German company’s branch and negotiated both sides of the deal. The prosecutors allege that Petrović forged tender paperwork in his capacity of the president of GRAS’s evaluation panel. After the contact was entered into, he signed documents on behalf of GRAS allegedly to manipulate the price of advertising space.

“It is true that (Petrović) had no written authorization, but I thought that he did his job responsibly,” Jusufranić told the investigators.

Last December, Jusufranić and Petrović pleaded not guilty at arraignment.

They did not want to talk to CIN reporters at the hearing. Jusufranićs’ lawyers Senad Kreho and Muhidin Kapo told reporters that he was a rich and industrious man and that he owned a university to his name.

FULL PROFILE OF JUSUFRANIĆ IN OUR ASSET DATABASE