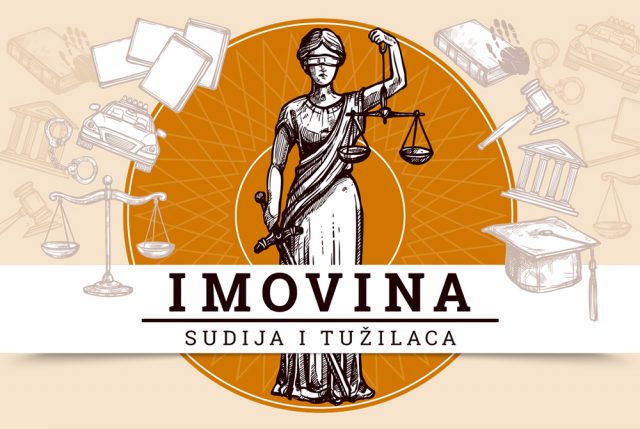 The High Judicial and Prosecutorial Council of Bosnia and Herzegovina (HJPCBiH) has published financial reports for 2020 for 189 judges and prosecutors who agreed to publicly disclose the data. The data are available on the website of this umbrella judicial institution.

The public financial report provides data on revenues, assets, liabilities, and activities of judicial officeholders and their family members in public companies, associations, and political parties, and the work they performed outside of their duty, including the amount of compensation they received for the work.  The reports also contain information about spouse and children living in the same household.

The HJPC called on judges and prosecutors to disclose these information to strengthen personal and professional integrity and thus the overall public confidence in the BiH judiciary. Out of 1,444 judicial officeholders in BiH, only 189 responded to this call.

Already in 2015, CIN launched the initiative of publicly disclosing assets of judges and prosecutors, but their FOIA requests back then were rejected on the grounds of lack of legal basis for disclosing such data publicly.

Judges and prosecutors have been refusing to disclose information about their assets for years. Despite many obstructions, resistance and protests, CIN collected and published in its database named “Assets of Judges and Prosecutors” their biographies, data on income, real estate, vehicles, savings, loans, shares, and court proceedings. The database currently provides data for 40 judges and prosecutors.

Nine of them are also among those who have voluntarily agreed to publish data on the HJPC website, while the remaining 31 persons from the CIN database provided no consent for public disclosure of data.  Some of these 31 have in the meantime retired, died, or have been suspended or no longer work in the judiciary or are now judges in constitutional courts, which are not under the jurisdiction of the HJPC.

In 2019, CIN organized a round table discussion on this topic, which was attended by representatives of the judiciary and the international community. It was concluded on this occasion that the transparency of the judiciary and the disclosure of the assets of judicial officeholders is in the public interest and contributes to accountable judiciary, however, to date there have been no significant changes regarding the public disclosure of these data.

Judicial officeholders are required under the law to submit financial reports to the HJPC, which include, among other things, data on paid work outside the duties of judges and prosecutors such as training lecturing, membership in judicial commissions, royalties … In the data verification process, the HJPC found that some individuals were charging for their services over the allowed amount or were performing activities incompatible with the judicial or prosecutorial function, as they served on the commissions and working bodies responsible for forming competent authorities, election commissions and independent committees for the selection of police officers, of which the Office of the Disciplinary Counsel was informed.