Fact-checking as a Response to Fake News

CIN organized a panel discussion about trustworthy sources of information in the age of digital media. 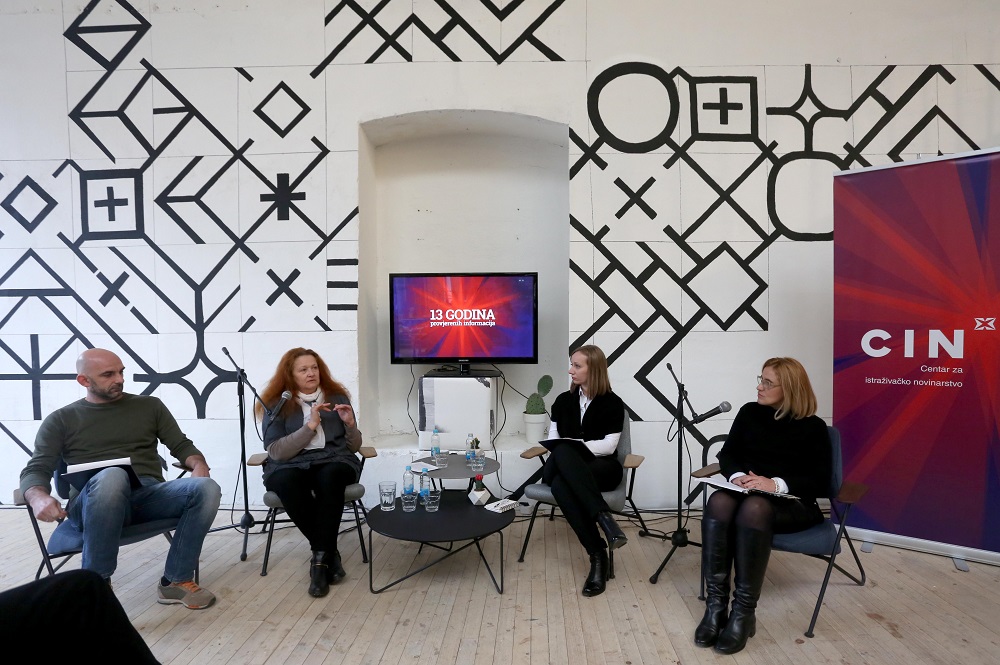 Fact-checking is a valuable process that has gained full recognition only nowadays at the age of Fake News allegations. (Photo: CIN)

By The Centre for Investigative Reporting

How to recognize trustworthy sources of information and what are the challenges of investigative reporting in the age of digital media were some of the topics discussed at the panel that the Center for Investigative Reporting in Sarajevo (CIN) organized today.

The occasion for the conference was the organization’s 13th birthday. To date, it has published over 500 investigative stories and accompanying content that have been republished by other media over 10,000 times.

The night before, a photo exhibition created by Dženat Dreković was opened as a part of the anniversary celebration. The photos were taken in Bosnian prisons during an investigation into prison entitlements that CIN had published earlier this year.

In the first part of the panel discussion, Lejla Turčilo, profess from the Sarajevo University’s School of Political Sciences and Radenko Udovičić, director of Mediaplan Institute, talked about the prevailing sources of information in Bosnian media.

Udovičić cited a research that shows how political sources (over 70 percent) dominate the program of the Bosnia and Herzegovina (BiH) public broadcasters and that citizens are the least used source of information.

Turčilo said that most of the media in BiH mainly base their reports on one source and that media outlets most often do not check the claims they are publishing or consciously manipulate the public.

CIN’s deputy editor-in-chief Mirjana Popović talked how quality investigative reporting can counter fake news allegations. In its work methodology, CIN pays a lot of importance to fact-checking as a proven pill against manipulation and “fake news allegations”. The fact that no person or institution has won a defamation or other case related to violations of ethical standards against CIN stands as the testimony of the quality of the organization’s work.

In the course of the conference there followed a discussion about the protection of copyrights in Bosnian media. The Press Council’s executive directress Ljiljana Zurovac explained that print and on-line media in BiH may exercise self-regulation as a voluntary commitment to the standards. The majority of the media outlets follow the Press Council’s recommendations she said. However, online media are an exception because for many of them is not known who their owners are or what their editorial policy is.

Lawyer Lejla Gačanica has summed up the country’s copyright regulation and said that the legal framework gives enough protection to media and journalists, at least in theory, but the road to achieve these rights in practice was filled with obstacles.

Freelance author Adis Nadarević spoke about citizen journalism. He explained that this type of journalism has sprang up because the mainstream journalism could not meet all the public’s needs.

On the occasion of the anniversary, CIN has produced a short video in which its reporters and editors explain the process and methodology of investigative reporting. CIN has also published a publication titled “Investigative Reporting – User’s Guide” which aims to initiate students, young reporters and others to this type of journalism.