During Jerko Ivanković Lijanović’ four-year term, the FBiH Ministry of Agriculture has allocated 2.8 million KM to persons and firms connected to the minister’s family. No agency has called it a conflict of interest or called for a sanction.

The former Federation of Bosnia and Herzegovina (FBiH) Minister Jerko Ivanković Lijanović subsidized firms connected to his family and the director of a government agency that did business with his family using taxpayer money.

The Center for Investigative Reporting in Sarajevo (CIN) has found that over three years, the FBiH Ministry of Agriculture, Waterworks and Forestry paid out 2.7 million KM in export subsidies to two firms under an ongoing investigation – ZD.I. Product for tax evasion; and Alpen – Mit, for its connections with the former firm.

CIN also found that a dairy farm Terra in Novi Travnik, owned by Tončo Bavrka, director of the FBIH Stockholding Agency, received 114,000 KM in agricultural subsidies. The agency was stockpiling canned meat and pates in Farmko from Široki Brijeg.

Farmko and ZD.I. Produkt belong to a group of firms the BiH Prosecutor’s Office has been investigating for value added tax (VAT) evasion. Alpen – Mit is under investigation not for tax evasion, but for its connection to the other firms. Investigators have found evidence connecting these three firms with the Lijanovićs.

The business dealings of officeholders with related persons and businesses can be an indication of conflict of interest, but because of a legal vacuum, no institution in FBiH exists at the moment to monitor or sanction Lijanović.

Subsidies for Goods Sold in BiH

The former minister is the majority owner of the Lijanovići Meat Industry, the family business registered at Visoka Glavica b.b. in Široki Brijeg. Its accounts have been frozen since 2002 because of unpaid taxes and debts. However, the Lijanovićis have continued doing business through firms registered in the name of associates and relatives.

In 2011, ZD.I. Produkt was incorporated at the same address. It was one of a series of companies engaged in meat processing and canning. According to an incorporation registry, Zdravko Ivanković incorporated the firm that went on to hire workers and rent facilities and goods from “Lijanović.”

FBiH state auditors wrote in a 2012 audit of the ministry that because of a mismatch between invoices and custom declarations, they could not tell whether all ZD.I. Product’s goods ended up in the foreign markets. These documents are the basis for the Ministry’s calculation of how much subsidies should be allocated.

A special commission at the Ministry checked the company’s export paperwork and later Stipe Šakić, Lijanović’s aide, got involved. His report was the basis for the subsidies paid out. The Ministry hired Šakić after Lijanović took office. Šakić is a member of Lijanović’s People’s Party Work for Betterment and in earlier elections was its candidate for lower levels of governance in Herzegovina.

At the end of 2013, ZD.I. Produkt was deleted from the Register of export firms the ministry keeps, and its registration number was assigned to Alpen – Mit, a firm which began work at the same address: Visoka Glavica b.b. in Široki Brijeg.

FBiH inspectors uncovered that Alpen – Mit got subsidies even though some of its products were sold on the local market. 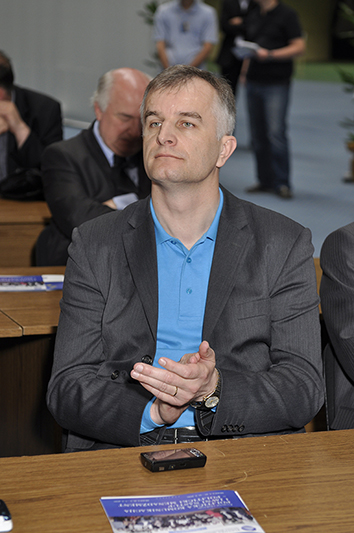 In September 2015, Jerko Ivanković Lijanović was arrested on the orders of the Cantonal Prosecutor’s Office in Tuzla on suspicions of misusing subsidies from the Ministry of Agriculture, Waterworks and Forestry. (Photo: CIN)

In an earlier interview for CIN, Lijanović said that his firm had contracts with ZD.I. Produkt and other firms. He said that he had known their incorporators and directors.

“I know (them) because those people used to work for us and because that was, probably, natural and logical. People were looking for a new job; they could not work with us anymore because we could not do business with blocked accounts,” said Lijanović.

However, officials from the Indirect Taxation Authority of BiH allege that the Lijanovićis incorporated other companies in order to evade paying VAT. The Lijanovićs are also connected with Široki Brijeg-based firms: “Farmer Meat Industry”, “Farmko” and “ZD.I. Produkt”. Paperwork shows that the Lijanovićis have rented warehouses and factories to these firms as well as licenses for meat processing and loaned them goods and workers.

Farmer Meat Industry produced around 800,000 cans of pate and canned chicken meat for the FBiH Stockholding Agency in 2006. These goods are stockpiled in case of natural disasters or war.

The cans had been placed in Farmer’s warehouse in Velika Kladuša until July 2009, when the firm outsourced the work to Farmko. Its nominal owner was Željko Mikulić while the director was Milorad Bahilj.

Bahilj and the stockholding agency director Bavrka signed a new contract that temporarily placed cans into his warehouse for three months. That contact was then extended six times so that the cans remained in the Velika Kladuša warehouse until February 2011.

Bavrka did not want to talk with CIN, but he sent a letter saying that the Agency tried to find a new warehouse operator during 2009 and 2010, but no one fulfilled the conditions. Meanwhile, Farmko officials wrote to the Agency that it should move the cans to another warehouse in Herzegovina for fear that inspection might fine them because they did not have a license to house goods that did not belong to them.

In February 2011, with Bavrka’s approval, the cans were transported to a warehouse in Bišća Polje near Mostar. After they had been shipped, a commission from the FBiH Stockholding Agency had counted them all up noting that they were all there and the contract with Farmko was extended for another eight months in May.

Bavrka said that it did not make sense to set a three-month deadline because they could not find a new warehouse operator.

Meanwhile, after the March 2011 general elections, Lijanović’s party got two ministerial posts in the FBiH cabinet. In the run-up to the elections Bahilj resigned from directorship of Farmko, then was appointed as trade minister. Jerko Ivanković Lijanović was appointed vice-president of the FBiH government in addition to his role as agriculture minister.

As cabinet members, they helped steer the activities and financing of the FBiH Stockholding Agency.

“When those persons close to Farmko LLC Široki Brijeg entered the FBiH cabinet, this was supposed to strengthen the protection of our goods,” said Bavrka.

CIN journalists found that the opposite happened.

In July 2011, Farmko sold the cans. Two months later it informed the Agency it had been unable to restock because of the dire financial situation and frozen accounts.

In September 2011, the Agency sued in Municipal court in Sarajevo to get its goods back, complaining that Farmko had sold the FBiH goods without government approval. The court upheld the Agency’s lawsuit the next year and ordered Farmko to restock around 1 million KM worth of cans. Since then no goods have been returned and no money sent back into the FBiH budget.

Farmko accounts had already been frozen and the firm had no property that could be forfeited because it used the warehouses and equipment on loan from the Lijanovićis Široki Brijeg firm.

The Indirect Taxation Authority found that the firm did not pay VAT worth more than 1 million KM.

Between 2011 and 2013, the FBiH Ministry of Agriculture gave 114,000 KM in subsidies to Bavrka’s dairy farm Terra from Novi Travnik for milk, raising of calves and wheat production.

“Stocking of meat chicken cans is in no way linked to premiums for milk…I have not known Mr. Lijanović before he joined the FBiH government and I have not had any private, business or political contacts with him,” Bavrka wrote in his letter, adding that he was entitled to subsidies like any other milk producer.

Bavrka established Terra in 2003, five months after his term as deputy minister of agriculture for the Central Bosnia Canton came to an end. He was appointed head of Stockholding Agency in 2008. In spring of 2015, Terra officially wound up, but, in fact, it was renamed Smrike, a Novi Travnik firm.

Conflict of interest on horizon

In September 2014, Jerko Ivanković Lijanović and his brothers Mladen, Slava and Jozo were accused of evading 11 million KM in taxes. At the order of the state prosecutors, his father and nine other persons, including the former FBiH trade minister Bahilj, were also taken into custody.

They were released soon after and no indictment has been filed so far.

Jerko Lijanović was again arrested at the end of September of this year on orders from the Tuzla Cantonal Prosecutor’s office which suspects he abused his office and authority in the course of allocating agricultural subsidies.

He is in custody. 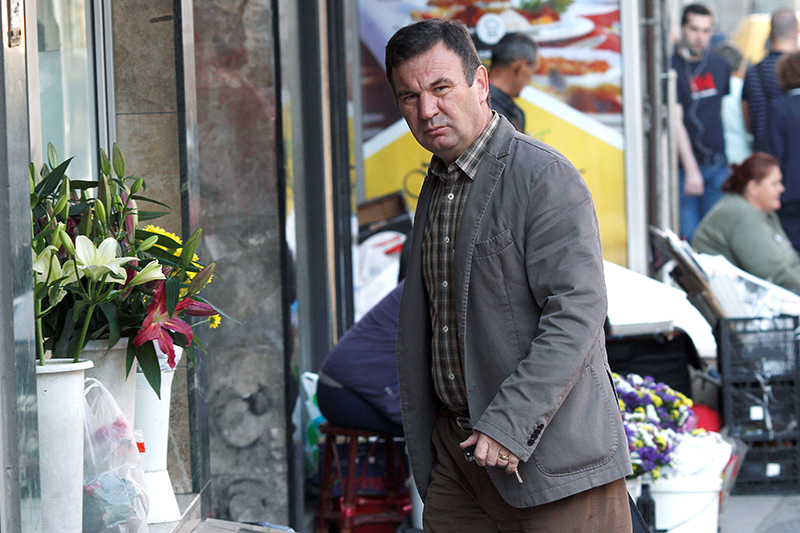 The director of the Federation of Bosnia and Herzegovina Stockholding Agency Tončo Bavrka said that he received subsidies just like any other farmer. (Photo: CIN)

Lijanović could face also a charge of conflict of interest, because, according to the FBiH Law on Conflict of Interest, officeholders are banned from using their office to benefit people connected to them.

The problem is that no agency is charged with applying the law’s sanctions at this moment.

This loophole has existed since the Law on Conflict of Interest in the BiH Government Departments was amended two years ago. The amended law took away power to interpret and bring sanctions in the name of the law from the Central Election Commission and transferred it to a special state commission. That commission has no jurisdiction over the FBiH officeholders.

Ivana Korajlić of Transparency International in BiH, an NGO that has monitored conflict of interest cases for years, said the law itself had problems, regardless of how it is or isn’t implemented.

“The number of people it applies to is narrow; and their kin, which could also incriminate the public officials, are also very narrowly defined. The problem is also in the very interpretation of the situations of conflict of interest, so that often, regardless of the fact that an officeholder could have obviously influenced something to further his own interest, this might be interpreted as conflict of interest only if he directly voted for passing of such decision,” said Korajlić.

Even in rare cases when a conflict of interest has been established, the sanctions are negligible.

Breaking the law pays off, she summed up.