CIN has published a database listing assets, such as real property and income, as well as biographical information for around 200 Bosnian politicians.

At the 2016 local elections, the electorate in many cases voted into municipal office candidates who had previously enriched themselves during their long political careers in Bosnia and Herzegovina (BiH). They and their spouses and children own firms, houses, apartments, summer houses, land, offices, cars, shares, savings and valuable art. Some of them have previously been sentenced for war crimes, obstruction of justice, abuse of office and misconduct in office.

The Center for Investigative Reporting in Sarajevo (CIN) has combined records in its database “Politicians’ Assets“ profiling 22 municipal and town mayors recently elected at local elections, according to preliminary results.

Their combined assets are worth more than 11.3 million KM according to these obtained records. On top of this, for a significant portion of the assets, there are no available records of their worth.

In the database of nearly 200 officeholders in BiH, including elected heads of municipalities and mayors, CIN reporters collected and reviewed documents from: asset declarations to incorporation registries; securities; income and debt records. These are now published in a database that is publicly available free-of-charge. 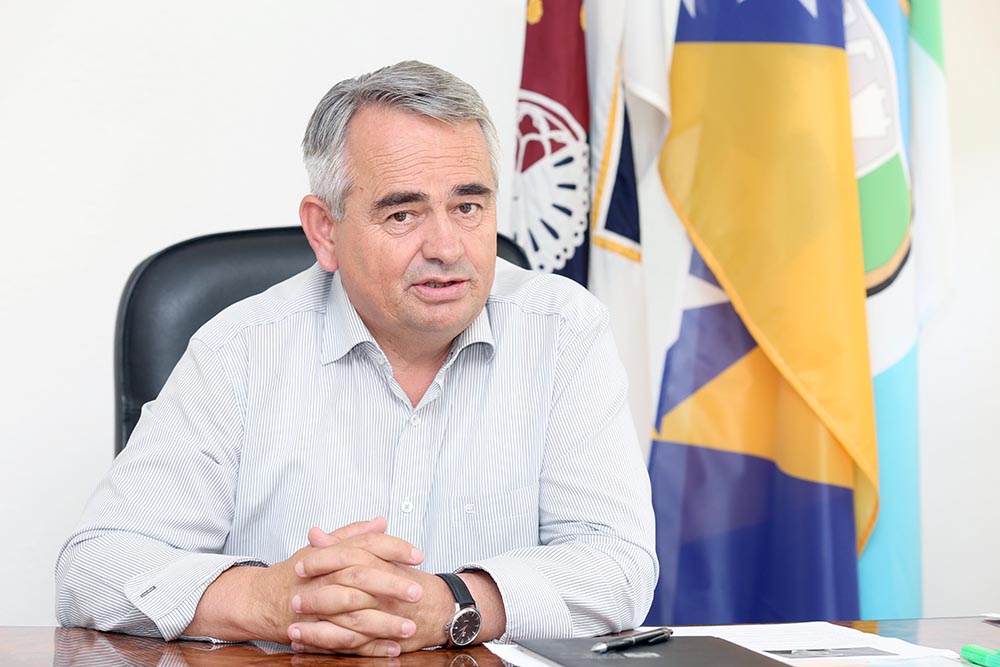 During his eight years as the head of Trnovo Municipality Ibro Berilo increased his property. (Photo: CIN)

Ibro Berilo is the mayor of Trnovo, a municipality that has the largest area in Sarajevo Canton, yet only 2,566 registered voters. He was mayor for three terms – albeit each time on the party ticket of a different party. Voters have now given him their vote of confidence one more time.

Prior to his political career, Berilo first worked as a teacher of biology and chemistry and then as the principle of Zaim Kolar Elementary School in Trnovo. He was first elected head of the municipality in 2002. Two years later he went back to work as the school principal, before becoming a legislator at the Sarajevo Cantonal Assembly.

In the asset card from that time, he declared that he owned 45,000 square meters of land and 20,000 KM in savings. Berilo and his wife Saima reported that they also owned a chicken farm, 400 sheep and 30 beehives.

After heading Trnovo Municipality for eight years Berilo’s property has significantly increased. Nowadays he owns three houses – one in Trnovo and two others in the Sarajevo neighbourhoods of Hrasnica and Bojnik. He told CIN that they are worth over half million KM. In Trnovo he owns or co-owns around 100,000 square meters of land, some of which he inherited, while buying the rest. His wife Saima owns a sheep and goat farm near the village of Ostojići on Mt Bjelašnica. She owns 12,000 square meters of land on which the farm is located. They paid 10,000 KM for the land in 2013. Berilo told CIN reporters that he and his wife complement their income by selling ‘qurbani’, or sacrificial sheep.

Bijeljina mayor Mićo Mićić also made his start in the teaching profession. Before entering politics he worked for 11 years as a professor at a high school in Kalesija, and then for four years at Mihajlo Pupin Technical School in Bijeljina. He entered politics in 2001 as Republika Srpska (RS) minister for refugees and displaced persons and later he became a minister for labour and veterans’ issues in the RS government. Mićić is a member of the Serb Democratic Party (SDS).

He was elected as municipal mayor of Bijeljina for the first time in 2005. When Bijeljina became a city in 2012, Mićić became the mayor. In his 2005 asset card he declared two houses and a restaurant and co-ownership of another house. Mićić estimated the value of his property holdings at 670,000 KM. In the following years he acquired two other apartments in Serbia. He told CIN reporters that he bought a Novi Sad apartment from savings and a Belgrade apartment with money he received after he sold his parents’ apartment in Copenhagen (Denmark).

“For forty years my parents worked in Denmark and both of them earned a pension. And everything they’ve had they invested here,” said Mićić.

In his latest asset card Mićić estimated his property to be more than 1.2 million KM. 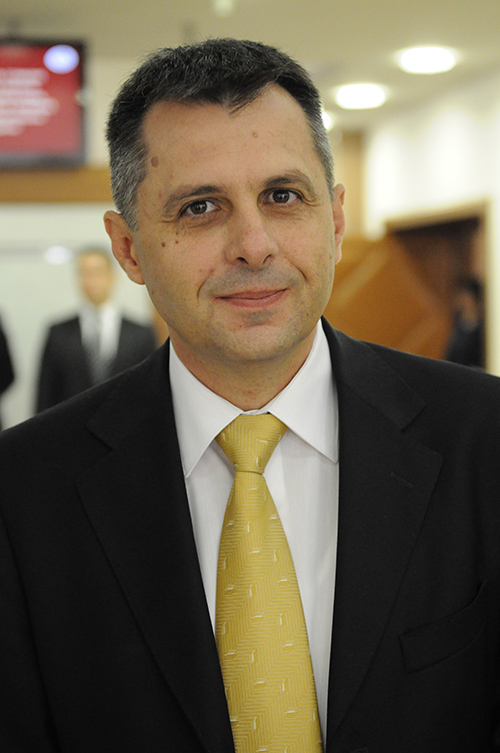 New mayor of Banja Luka, Igor Radojičić, also worked in education before joining politics. He is a veteran politician who was first a legislator and later a speaker of the RS National Assembly for the Alliance of Independent Social Democrats (SNSD). Radojičić made his money during his time in the Assembly as revealed in CIN’s earlier reporting.

An investigation revealed that Radojičić had no assets before he was elected as a legislator in 2002. His wife Sanja had occupancy rights for a flat in Banja Luka. Over the following 12 years their holdings have grown by 215,000 KM. In their 2014 asset card, they declared a flat, a garage, a plot of land, a Citroen C5 and 100,000 KM in savings.

In 2008, when Vidić took office, he declared two apartments, a car and art work worth 470,000 KM. According to the land records, the Vidićs today own two flats, a house, an office and a garage.

Until 2008, Vidić first worked as a doctor specializing in internal medicine and later as a full-fledged doctor of internal medicine in Mostar Hospital. While working as the head of the municipality, Vidić continued private practice in his own medical institution.

During eight years as the municipal mayor of Novi Travnik Lendo increased his property. The first time when he was elected mayor in 2008, Lendo declared a flat, a house, a garage, land and an office worth a combined 390,000 KM. In his 2012 asset card, the value of Lendo’s property increased by 150,000 KM. Records which CIN reporters collected, while researching the Lendos property holdings show that nowadays they have one more flat, a house, a garage as well as 48,000 KM in savings.

CIN’s database also features biographical information and property holding records of the municipal mayors of Konjic and Ilidža, Emir Bubalo and Senaid Memić respectively, and members of their families. Memić was previously sentenced for obstruction of justice while Bubalo was sentenced for fraud during his service.

Before he had been elected the municipal mayor of Ilidža, Memić was sentenced to three months in prison on charges of obstruction of justice by the Court of BiH in 2006, because he verbally assaulted Judge Nenad Šeleda as he read a verdict concerning Memić’s son Senad, convicted of illegal possession of weapons and explosive materials.

“Do you have evidence, you monkey … Call yourself a justice? Look at you. Haven’t you listened, haven’t you watched? A Chetnik will not be my judge,” Memić yelled at the judge. “

Memić never went to jail. Two years later, the then member of BiH Presidency, Haris Silajdžić, pardoned him by commuting his prison sentence to a two-year suspended sentence. “I’m an honourable man. I’m not a criminal. I defend my country and my family. I do not regret my actions for one second and I stand by them,” Memić told CIN. 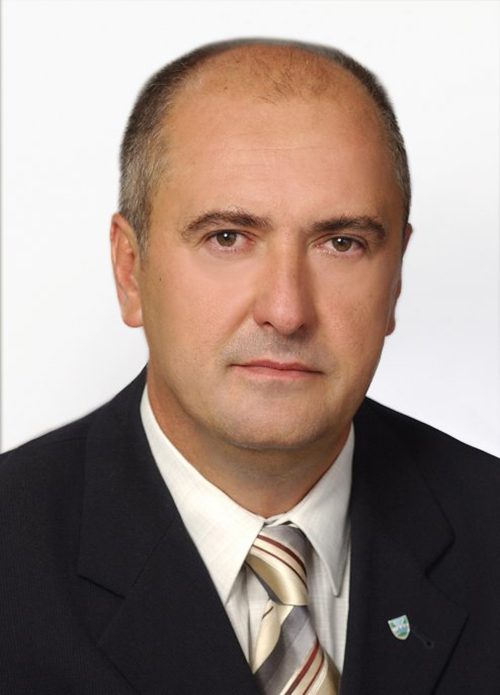 Long-time municipal mayor of Konjic, Emir Bubalo, was sentenced to a six-month suspended sentence for fraud during his service. (Photo: Konjic Municipality)

Bubalo was sentenced in 2009 to a six-month parole because he was collecting money for coming to Federation of BiH parliamentary sessions by his own car, even though in reality he was being driven there by the official driver of Konjic Municipality, where he was a mayor.

This was not the only time that Bubalo was put on trial. Two years later, the Konjic Municipal Court sentenced him to a 14 month suspended sentence for abuse of office. As the municipal mayor he had announced a call for applications for a concessionary licence to build a multi-storey parking lot in Konjic, even though he was aware that the government of Herzegovina-Neretva Canton had never issued a decision to grant a licence. In 2012, the Cantonal Court in Mostar acquitted Bubalo on appeal.

Long-time municipal mayor of Doboj, Obren Petrović, was sentence for abuse of office. He was prosecuted for violating decisions of the RS government during 2002 and 2003, which aimed to help the most vulnerable households meet their energy bills. Instead, he disbursed 123,431 KM of relief funds from Elektrodoboj utility company to local sports clubs, radio and TV outlets, party municipal boards and private firms. He was acquitted in a first-instance trial before the Basic Court in Doboj. There remains an ongoing appeal before the District Court in Doboj.

The newly elected mayor of Zenica, Fuad Kasumović, once faced trial in his capacity as director of the FBiH Customs Authority for signing off on a wire transfer of 69,000 KM to a customs office in Tuzla, ostensibly for material costs and rent of offices. However, this money was used to buy an apartment for another Customs Authority employee. After a five-year long trial Kasumović was acquitted.

Milovan Cicko Bjelica, the municipal mayor Sokolac, was accused of abuse of office and misconduct in office, as well as for aiding and abetting Radovan Karadžić, who was then on the run from war crimes indictment issued by the Hague Tribunal. The Office of High Representative in BiH banned Bjelica from running for elections. The ban expired in 2011.

The newly elected municipal mayor of Velika Kladuša, Fikret Abdić, was also banned from politics for years. In 2015, he was sentenced in Croatia to 15 years’ imprisonment for war crimes committed in the region of Bosanska Krajina. He served two-thirds of the sentence in a Croatian prison and returned to BiH in 2012.

The BiH Labour Party nominated Abdić for municipal mayor and he won nearly double the votes of his rival Admil Mulalić. 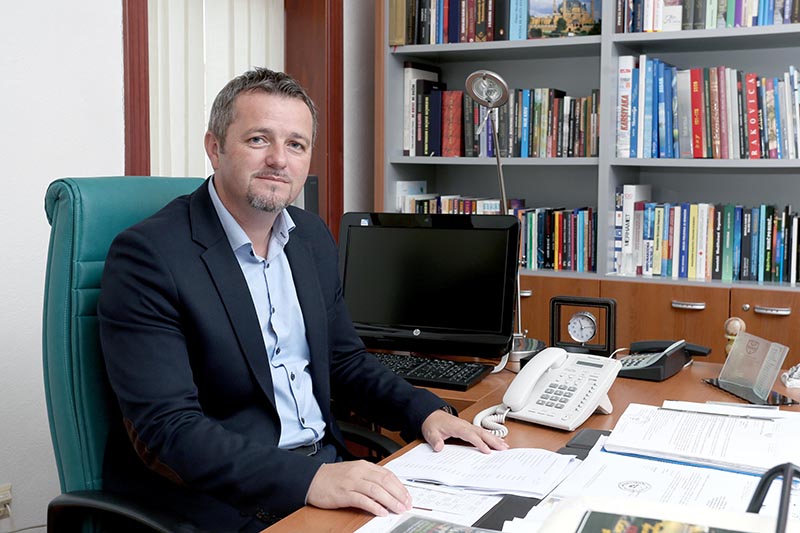 The municipal mayor of Cazin, Nermin Ogrešević, paid 6,000 KM from budget funds to the organizers of a ceremony that awarded him the Best Regional Small Town Mayor award last year. (Photo: CIN)

Buying Awards and Conflict of Interest

According to a CIN investigation, they paid 27,595 KM in budget funds last year to the organizers of the ceremonies and thus found themselves in a potential conflict of interest.

“I decide myself about it…I was chosen by he people and when I pay for something I stand firm on that,” Hujić told CIN reporters.

The Head of East New Sarajevo, Ljubiša Ćosić, who stood for SNSD has also found himself in a potential conflict of interest. He was first elected in 2012, and then re-elected at the 2016 local elections. Ćosić signed with construction company Marvel a contract for the renovation of a local health clinic that cost 456,000 KM. The firm’s owner was his party colleague Savo Lalović.

Meanwhile, Lalović transferred ownership and responsibility for the company to his daughter and thus avoided being prosecuted for conflict of interest. 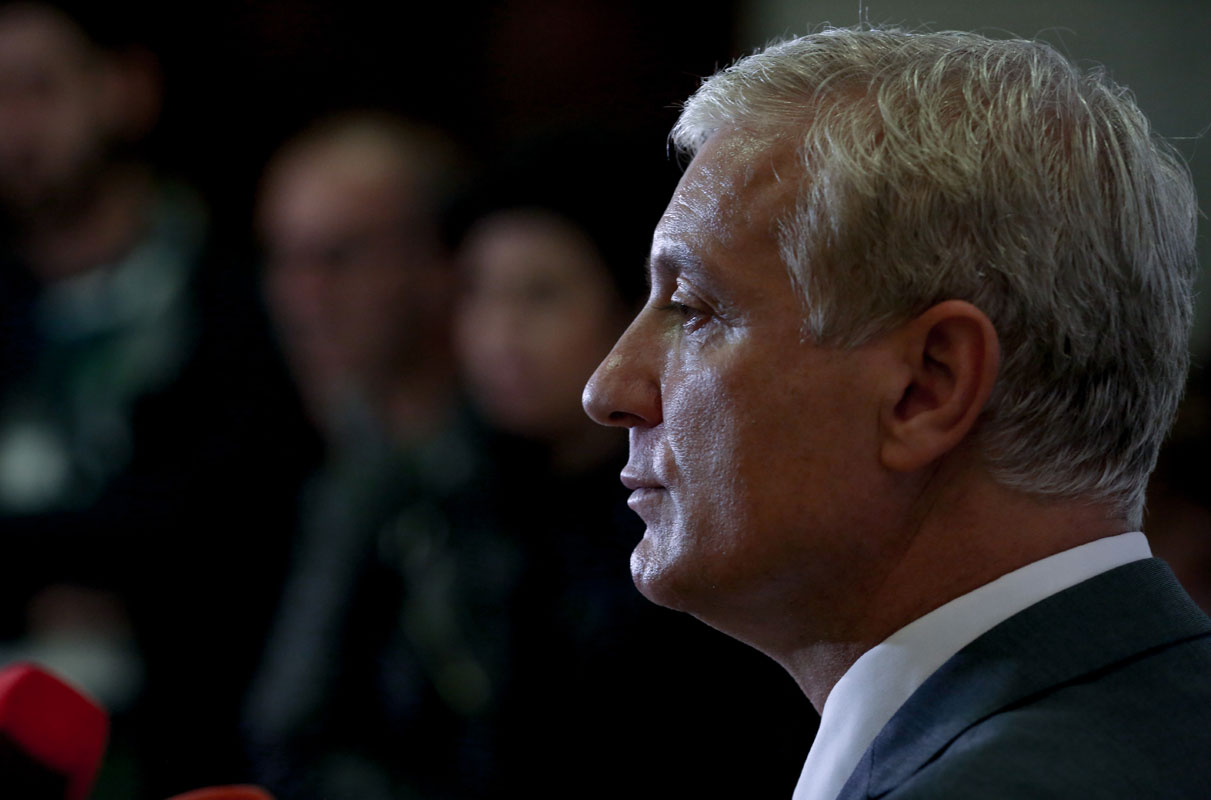