From Best Friend to Worst Nightmare

Šejla Jugo Turković is a prosecution key witness in the case against Naser Kelmendi. She will testify against Fahrudin Radončić, former BiH minister of security.

And no, she says, they were never lovers.

Jugo Turković is a key witness in an indictment filed by Special Prosecutor’s Office of the Republic of Kosovo accusing Kosovo-born Naser Kelmendi of leading a major drug trafficking organization.

That indictment names presidential hopeful and Jugo Turković’s former boss Radončić as a key co-conspirator in Kelmendi’s organized crime activities including the 2007 murder of mobster Ramiz “Ćelo” Delalić. Radončić has not been charged in the indictment.

Jugo Turković’s detractors have called her crazy, promiscuous and intent on protecting her crime-figure husband.

“If you want to discredit a woman, it is easiest to say she is a whore,” she told a reporter for the Center for Investigative Reporting in Sarajevo (CIN) and the Organized Crime and Corruption Reporting Project (OCCRP) in a long and rambling interview in her home on Hercegovacka street. 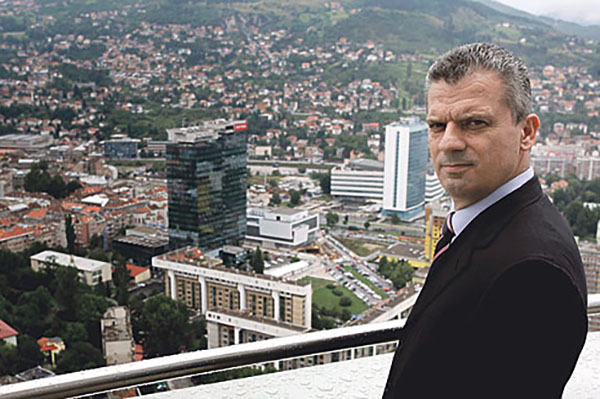 Former BiH Minister of Security Fahrudin Radončić hired lawyers from London to help him defend himself against the accusations that he had given money for the murder of Ramiz “Ćelo” Delalić. (Photo: bihac.net)/em>

“If I were promiscuous, and if I had all those relationships that they tried to tie to me, would I have ended up staying four years alongside my husband, suffer all that I have suffered, to live without a cent?”

Although Jugo Turković’s house is said to be worth almost half a million Euros, its many rooms were silent and sparsely furnished. She claims to be living on only her mother’s 300 KM (US$ 200) pension, and she rolled her own cigarettes during the interview.

Dressed in a dark t-shirt and gray sweatpants, her hair was disheveled and she seemed nervous, insisting that the interview take place in a small room she said she was certain was not bugged.

She spoke rapidly and at length during her conversation with OCCRP, seeming sure of her facts and intent on making herself understood.

Her husband, Zijad Turković, was convicted last year before the Court of BiH and sentenced to 40 years for a series of crimes including drug trafficking, a 2007 robbery at the Sarajevo Airport cargo department, and five murders, including one of a pregnant woman. An appeals court last month overturned that verdict and ordered a new trial; he remains in detention.

At 38, Jugo Turković is a strikingly attractive woman, her looks a valuable asset in her work as a television presenter. During her years with the former media mogul, she says she was privy to the innermost secrets of his empire—information she is now using to destroy her former mentor.

Radončić has been named in a 49-page indictment as a member of a criminal gang headed by the investigation’s main target, Kelmendi, who is accused of running a major drug trafficking ring that moved drugs from Afghanistan and Turkey into Europe. Kelmendi is currently jailed in Kosovo awaiting trial, which is expected to begin in October.

The nine-count indictment has two main areas of focus: Delalić’s murder and Kelmendi’s alleged drug trafficking empire. While Radončić has not been charged with anything, the indictment accuses him of helping to plan and pay for Delalić’s murder.

Police have suspected links between Radončić and Kelmendi for years. The two have engaged in land and auto deals over the years. Radončić, who founded Bosnia’s largest daily newspaper Avaz (Voice), became later the BiH Minister of Security and is now running for one of the three presidential slots in Bosnia and Herzegovina in the October elections. In 2009, he founded a political party Alliance for Better Future Bosnia and Herzegovina whose members serve in the country’s legislative bodies.

Jugo Turković says she knows plenty about the interactions of Radončić and Kelmendi over the past decade. She has told her story in great detail naming specific names, dates and events to prosecutors and is prepared to tell it all again at trial. She is under 24-hour police guard to ensure that she gets the opportunity to do that. 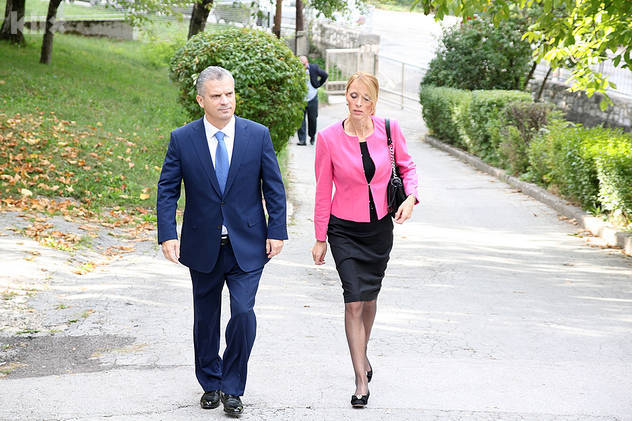 Fahrudin Radončić divorced his wife Azra in the Fall of 2012. (Photo: klix.ba)

Radončić did not address any of these issues in his interview with CIN/OCCRP but has repeatedly called her a liar, saying she is doing it to protect her criminal husband.

Kelmendi’s son Besnik and others targeted in the indictment agree with Radončić that she is a liar and is only blaming them in an attempt to deflect attention from her husband and the nefarious activities of his criminal organization.

Besnik Kelmendi was particularly vehement. “What does that idiot Šejla know about (his father) Naser?” he said adding that she was Radončić’s lover and this is why she was kept in the loop about Kelmendi. He said that what she knows is not relevant for the prosecutors. “She knows nothing about Naser and so how can she be a witness against him?”

Jugo Turković says they are all denigrating her because they know what she knows, and that it can hurt them. “If I were a compromised and unreliable witness, the American prosecutor would not have listened to me for three days (and) he wouldn’t ask me to be a witness in Kosovo,” she said.

Jugo Turković says she was working at the Sarajevo Canton Ministry of Interior as the personal assistant and spokesperson for then-Minister Ismet Dahić in 2001 when she first met Radončić, who was looking for someone well educated and fluent in English to help him out in important meetings with politicians and businessmen.

“You know the conditions at the Ministry—low salaries and so on. He offered me a job and said that I could call him whenever I want, to come work for him, that it would be better for me than at the Ministry, that it’s a madhouse there, that new people arrive when the government changes,” she recalls.

“In the meantime, we became really good friends and he trusted me, ” because she never had a bad word to say about her former boss and that she never revealed any of the things she knew from the Ministry of the Interior.

She says the media mogul was surrounded by “yes” men, but Radončić liked the way she would disagree with him when she thought it warranted. “This is how we became close friends. I became virtually family with him and Azra,” his then-wife.

She also discovered that some of his associates were “people who, objectively, came from a milieu who should not have been close to him,” and said that Radončić tried to trumpet himself as a successful businessman. She said those people “were close to Naser Kelmendi, people from the Serbian criminal circles.”

Jugo Turković had good police contacts from her ministry days, so Radončić “put her in charge of the crime chronicles for his Dnevni Avaz newspaper,” the indictment says. In that capacity, in 2006 she was interviewing Delalić in Turkey for the newspaper when she saw a fight erupt between Delalić and another alleged mobster, Muhamed “Ali” Gaši, who is now serving time in the Zenica prison for his crimes. After the fight, Gaši turned to his friend Kelmendi for help. 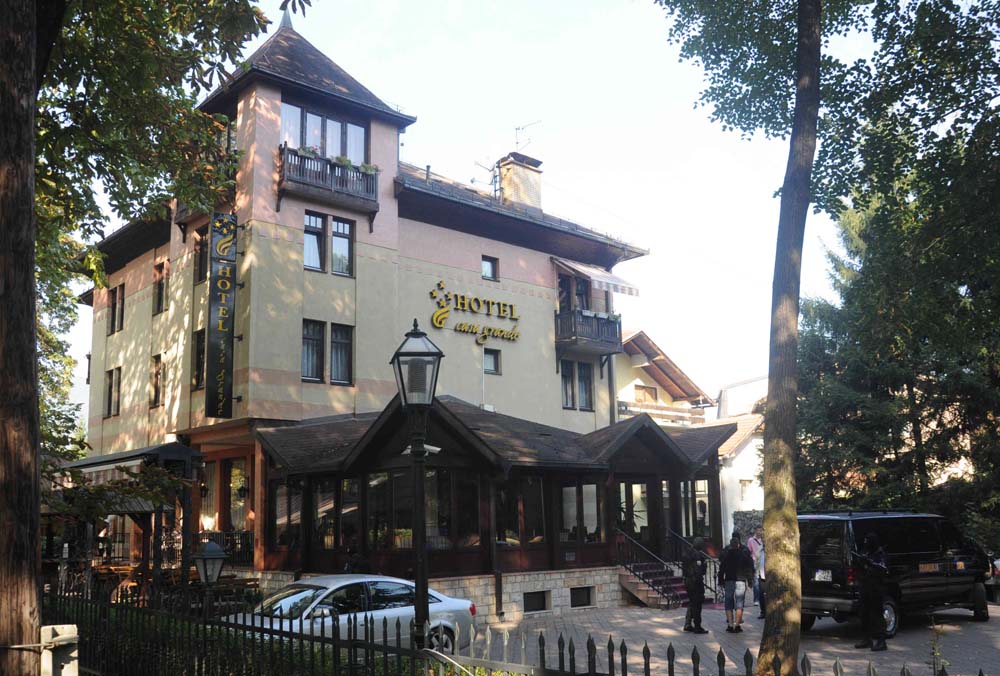 In June 2004, Naser Kalmendi bought the Casa Grande Hotel in the Grand Alley in the Sarajevo suburb of Ilidža for 900,000 KM. However, this property was taxed at the value of nearly 1,7 million KM. (Photo: CIN)

“Delalić received a phone call from Kelmendi, threatening he would ‘send you the Kurds, who will kill you within an hour,’” the indictment states.

Prosecutors say Kelmendi’s circle was also angry with Delalić over the 2007 murder of Selver Lekić, who was Radončić’s close personal friend.

Radončić says it is ludicrous to think that Lekic’s death provided him with a motive to harm Delalić. “The truth is, however, completely different,” he said, noting that Mersudin Ćosović, not Delalić, was convicted of Lekić’s murder.

Over time, Jugo Turković says she began to understand more about the relationship between Radončić and Kelmendi. The indictment states that the former Minister of Security provided political protection to Kelmendi, his “business partner.”

Jugo Turković believes that Radončić wanted her to attend his meetings with Kelmendi because he realized that despite all his police connections, some day Kelmendi would be arrested and Radončić would have to distance himself from him. “If Kelmendi decided to speak, Fahro would have me on his side, a respectable person,” she explains. “In the end, he would be respectable, and who would then believe Kelmendi?”

Yet during this period her personal life was becoming complicated, as she started seeing the man she would eventually marry, Zijad Turković. She says she did not want Radoncic or Kelmendi to know about it, as she knew they would think she was passing sensitive information to another gangster.

After Delalić’s murder, she became frightened, although she insists she never told her husband anything about what they were doing. She tried to find another job, scared for her life. She was afraid because she was in a relationship with Zijad Turković who had a beef with Kelmendi. Jugo Turković says she eventually spoke to Kelmendi on the phone.

“I told Naser then that he does not have to be worried, that everything that is said at this table stays here. So I wanted to give him assurance, because you know how it is—you can’t speak so openly on the telephone, and he is a man who has learned to speak in code. It was clear to him what I wanted to say.”

Today Jugo Turković mostly stays in her house, guarded by police, and waits for the trial to start. And, she says, she has more information stashed away that she can use if she needs to. 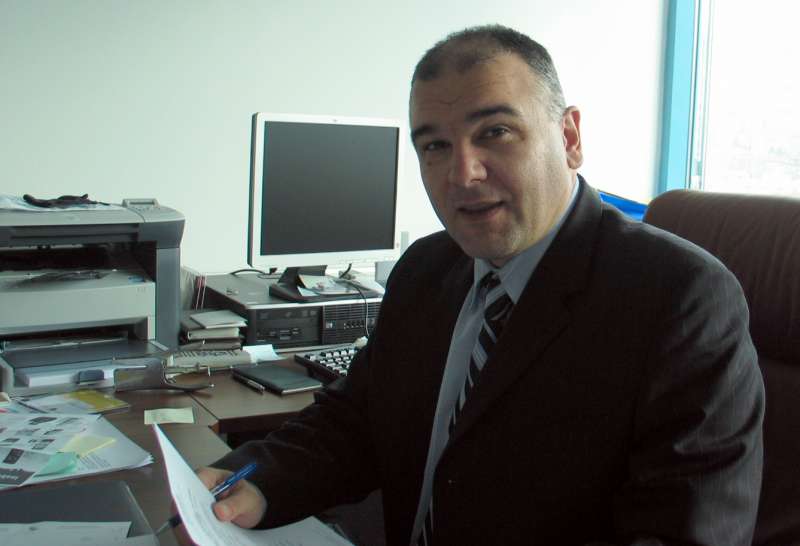 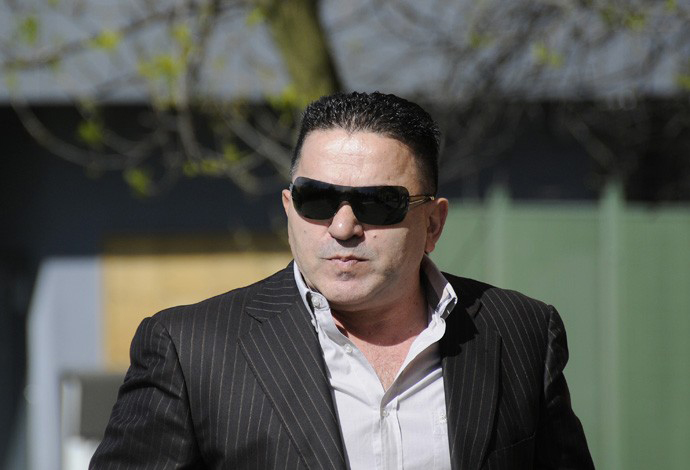 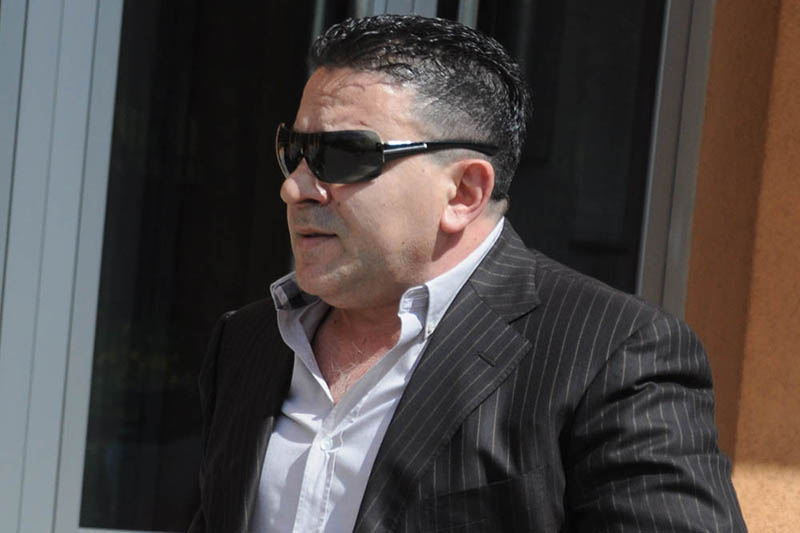 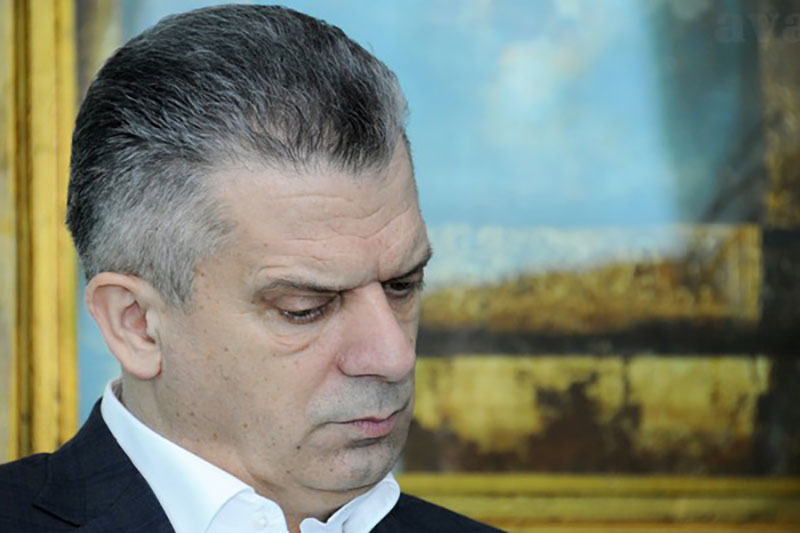 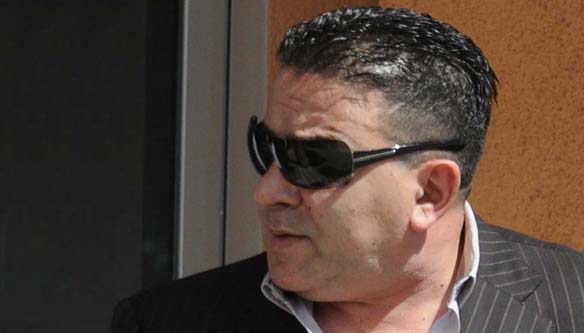 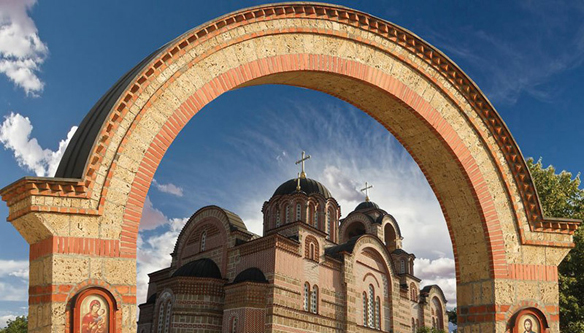