Cantonal prosecutors discovered last June that 40 documents were gone, including records from the obsolete Customs Administration of the Federation BiH (FBiH), and the BiH Ministry of Foreign Trade and Economic Relations, minutes from the defendants’ hearing and witness testimonies. Copies of some of these documents have been found, but BiH courts do not recognize copies as evidence. Eight months after discovery of the loss, leading members of judiciary refuse to speak about exactly what has vanished.

Nives Kanevčev, the canton’s chief prosecutor, said she had been passed ‘a hot potato’ and that ‘key evidence’ was missing. Her opposite number in the state prosecutor’s office: Chief Prosecutor Milorad Barašin, said that these were not important documents but supposedly, these three customs documents in question were easy to find ‘should someone wish to find them.’

Most of the documents now missing were used before the Court of BiH in November 2006, when Dragan Čović was sentenced to five years in prison pending appeal, because he had in his capacity as the FBiH finance minister of finances helped the Lijanović family from Široki Brijeg evade more than 1.8 million KM in custom tax.

However, following appeal of that abuse of office sentence, the Court of BiH decided it did not have jurisdiction to rule in the case in June 2008 and turned the case over to the Sarajevo Cantonal prosecutor. No trial or new indictment has resulted so far.

Kanevčev said the case is again in the pre-trial phase and her office is trying to reconstruct it by screening hundreds of hours of trial footage from the Court of BiH and requesting original documents from all the relevant government bodies. She said she could not tell if lost evidence would delay or stop a trial.

Transfer of the case from the state to the cantonal level has gone on for two and a half years.

Memos reveal that documents have been transported among the three judiciary bodies at least nine times between March 2009 and February 2011. Boxes, binders and folders have been sent without an accompanying list of evidence, which made it difficult to establish who was responsible for losing documents, according to the prosecutor’s office.

The BiH Prosecutor’s Office transferred the case to the canton, March 24, 2009, nine months after the Court of BiH excused itself. Original documents remained at the state court and copies were sent to Sarajevo.

The cantonal Prosecutor’s Office asked for a list of evidence. Instead, the state prosecutor’s office returned the same case file to the canton July 9, 2009, again with copies rather than originals.

Those original documents were only transferred from the Court of BiH to the BiH Prosecutor’s Office on Dec. 14, 2009. The month before this, Barašin passed 31 boxes with evidence to the cantonal Prosecutor’s Office and they arrived without a detailed accompanying list, according to Kanevčev.

She acknowledged that one of her employees erred in accepting without that list. Three days later, the Prosecutor’s Office tried to return the boxes, but colleagues at the state level refused them.

‘They simply returned them to us in a truck’, said Kanevčev.

After all of this, the cantonal Prosecutor’s Office took stock of the boxes’ content and established that evidence was missing, replaced by copies. Kanevčev said state prosecutors told her the documents could have gone astray in their basement and that they did not know where to find them.

Kanevčev again asked Barašin for the missing documents on July 15, 2010. Twelve days later, another nine boxes of evidence were sent by state prosecutor Oleg Čavka, her former colleague from the cantonal Prosecutor’s Office.

From an accompanying document noting the content of all the boxes, it became clear that Čavka’s shipment had at least three out of 40 documents thought to be missing.

On Sept. 20, 2010, the cantonal prosecutors asked again for missing documents. Barašin then responded that he had already sent all documents which the BiH Prosecutor’s Office had.

Cantonal Prosecutor’s Office officials said that they could neither confirm nor deny the arrival of the black binder.

Barašin promised CIN access to all the documents related to the transfer of the documents and assistance in the reconstruction of the way that evidence was transferred, but he did not make good on his promise.

The Cantonal Prosecutor’s Office has complained to the BiH High Judicial and Prosecutorial Council which is in charge of appointments, termination and disciplinary actions against the judges and prosecutors. The Council would not confirm or deny that disciplinary actions were initiated in relation to the missing original documents.

How It All Began

Čović earlier won acquittal on some counts of the indictment because one original of two important pieces of evidence against him went missing from the archive of an agency he had once headed.

The trial for organized crime, abuse of office, taking and giving of bribe and tax evasion worth 38.7 million KM in customs duties began March 10, 2005. The Court of BiH confirmed indictments against seven people. Apart from Čović, other defendants for various criminal offences were Jozo, Jerko, Mladen and Slavo Ivanković-Lijanović, the owners of Meat Processing Factory Lijanović from Široki Brijeg, Mato Tadić, then president of the BiH Constitutional Court, and lawyer Zdravko Lučić.

During the trial it was established that in June 2001, the Ivanković-Lijanovićs’ two companies asked the FBiH Customs Authority to waive the prelevman – a duty on the import of meat – for them. The request was sent to Finance Minister Čović on June 23. On the same day, the ministry returned two documents with a facsimile (seal) of Čović’s signature and the opinion that the Lijanovićs should not pay.

Čović ignored warnings about the illegality of such an arrangement from Mirsad Kurtović, then the BiH minister of foreign trade and economic relations and Fuad Kasumović, then deputy director of the FBiH Customs Authority. According to the indictment, the Lijanovićies’ companies got out of paying 38.7 million KM in customs duties.

Čović was elected into the BiH Presidency in 2002, while the FBiH Customs Authority tried to collect duties after the fact. Lijanovići instituted administrative proceedings but the Supreme Court of FBiH ruled that they had to pay the duties they owed. However, the BiH Constitutional Court has abolished a series of verdicts by upholding the Lijanovićs’ appeals. This happened within less than two months, even though an appeal before this court typically takes between 12 and 18 months.

Mato Tadić, president of the Constitutional Court, together with Čović and the brothers Ivanković-Lijanović, were charged with abuse of office, accepting bribes and participation in an organized crime group. However, these charges did not hold up in court and Tadić and the Lijanovićies were acquitted along with the lawyer Lučić, whom the prosecution claimed was instrumental in bribe taking.

Čović was sentenced on the basis of one of two documents which helped the Lijanovićies avoid paying1.8 million KM. Another almost identical document that helped the brothers get out of 36.9 million KM in duties, if prosecutors are correct, was not considered at all by the state court because only a copy and not the original could be found at the Finance Ministry.

Lack of original documents from the archives of the state bodies has contributed in at least two other court trials to the acquittal of senior officeholders.

The Cantonal Court in Sarajevo acquitted Edhem Bičakčić and Nedžad Branković,the former prime ministers of the FBiH government, who were charged with the abuse of office, said Dalida Burzić, a justice with the court.

Former prime minister of the Republika Srpska Milorad Dodik was also charged with the abuse of office related to illegal payment of state money and purchase of apartments for ministers, members of parliament and others. Former RS Finance Minister Novak Kondić was charged with Dodik, but both of them were acquitted in October 2005, because of lack of original documentation from the RS Government’s archives. 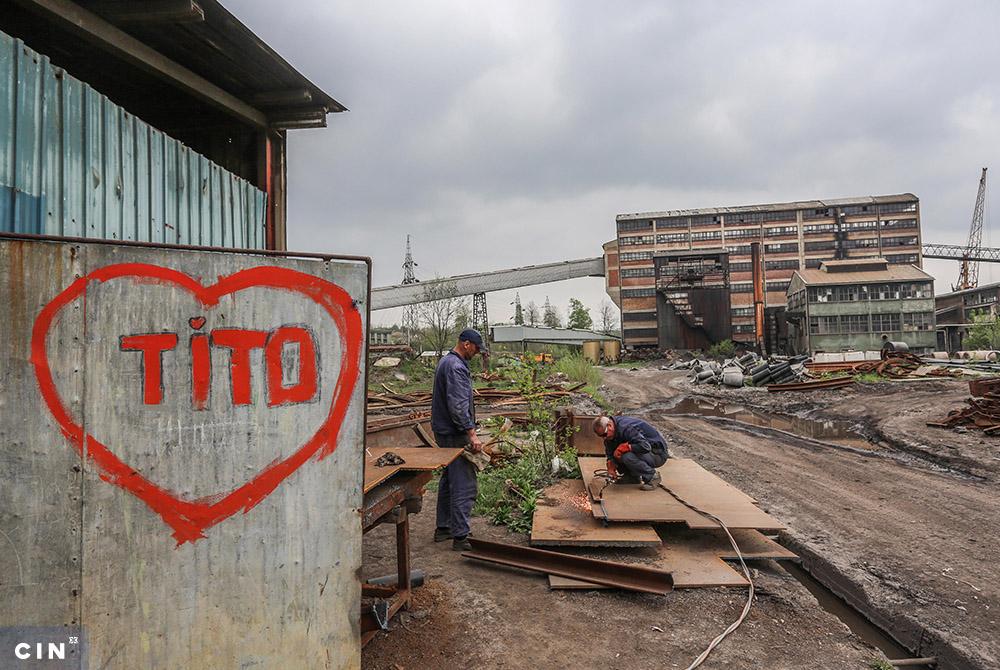