Loans to Employers, Debts to Citizens

Sarajevo Canton has given employment loans to firms for years, but some spent the money without employing anyone. Employment Bureau officials say that these programs aren’t going to be repeated soon. However, the combined debt of the firms to the Canton taxpayers to date is 2.5 million KM.

More than half the firms to which Sarajevo Canton gave loans to boost employment between 2002 and 2005 have not hire the obliged number of workers.

Some spent the money without hiring one worker.

At the beginning of this year, the Cantonal Employment Bureau was owed around 2.5 million KM, not counting the default interest rates of the irregular payers. Lawsuits filed so far to try and collect this amount have had no effect, because no one wants to buy the property mortgaged for loans.

The Bureau has not sued the biggest debtors because some of them threatened to lay off workers in response. After being sued, some firms have defaulted on their loans.

For more than a year, the Bureau’s Board of Directors has remained silent on a proposal set forth by a commission the Sarajevo Canton established in the face of serious issues over repaying loans and fulfilling contracts. The commission suggested extending the repayment date of the loans to those firms that have employed workers. It also suggests waiving penalties for firms that have paid their principal and interest. 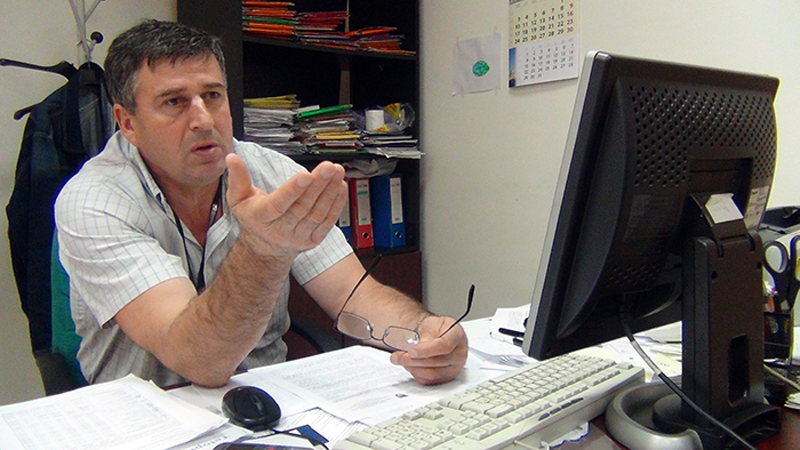 Ahmet Jusufović of the Sarajevo Canton Employment Bureau says that instead of 782 just 503 people were temporarily hired through the program. (Photo: CIN)

The Center for Investigative in Sarajevo (CIN) found during an investigation of the employment loan program that the Bureau’s management installed inconsistent policies that thwarted the program from the minute it began operating. It has, for example, given out loans structured so that some employers collected 10 times as much as others for each new employee hired.

Instead of publishing a call for bids to choose one bank through which all the loans would be distributed at favorable and uniform rates, the management allowed the employers to choose the banks themselves.

Different banks charged varying fees on unpaid loan amounts seemingly using the principle of the “bigger the debt to the Bureau – the bigger the fee the bank should demand.”

Such policies and a lack of will to demand that loan contracts be honored has cost the Canton’s taxpayers more than 700,000 KM in banking, court and administrative costs.

Firm of the Most Expensive Workers

Two out of three biggest loans were given to The Ilidža Hotels and Teloptic.

Even though The Hotels paid back a 1 million KM loan with interest, it still owes more than 104,000 KM in default interest rates because it did not pay on time. Owner Alija Budnjo said that the firm asked the Bureau three years ago to propose that the Cantonal government write off the default interest debt but has not yet received an answer.

When Ahmet Jusufović, the Bureau’s worker in charge of monitoring the effects of employment, learned that The Hotels were late, he called Budnjo.

“Only the minister can call me!” recalls Jusufović how Budnjo yelled at him. 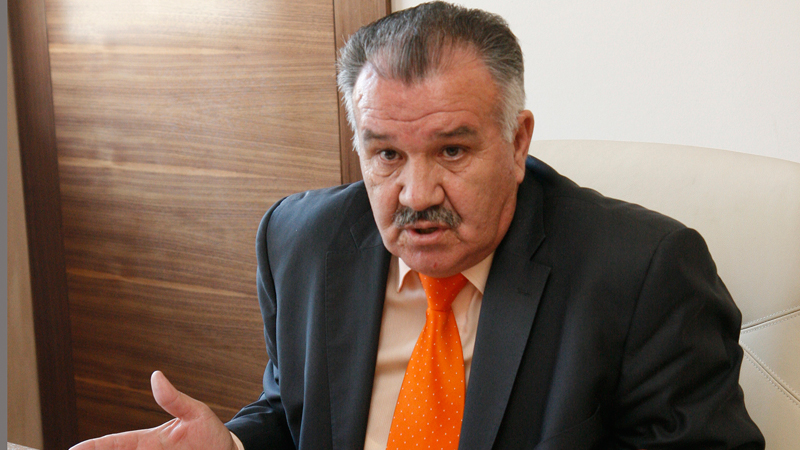 Alija Budnjo said that Ilidža Hotels asked for double the sum of the loan it received. (Photo: Oslobođenje)

Budnjo is a high-profile member of the Party of Democratic Action (SDA) and has been for years on the Commission for Industry, Economy and Financial Politics of the Cantonal Assembly. In October 2004, after the Board of Directors headed by a member of the Party for BiH (SBiH) Azemina Ćerimagić approved the loan, the Cantonal government signed off on it just two days later. At the time, SDA and SBiH shared power in Sarajevo Canton.

The Bureau’s Board of Directors and the Cantonal government approved the loan “for activating of spa and therapeutic facilities” and employment of 30 people. For each employee, The Hotels Ilidža received 33,333 KM per employee or 10 times more than some other companies that hired. For example, another Sarajevo firm on the program Lares Upravitelj received a loan of 50,000 KM to employ 17 persons. That comes down to a little less than 3,000 KM per a worker.

Budnjo told CIN that The Ilidža Hotels hired 10 more people than its contract called for.

However, the Bureau noted in its Dec. 2012 report that The Hotels employed 22 not 40 workers.

For the eight promised hires it did not make, The Hotels owes Sarajevo taxpayers more than 260,000 KM. The Bureau does not seek this money, but penalties for late payments.

Asked why the Bureau has not sued The Hotels, Jusufović said that Budnjo threatened him over the phone: “Sue me and I’ll sack them all.”

Subsidies along with the loans

The biggest debtor is Teloptic, a Sarajevo company that got 2 million KM loan and 100 months in which to pay it back.

For this, it was to build a dairy and hire 70 people from the Bureau. It has met both conditions, but it still owes 763,500 KM. 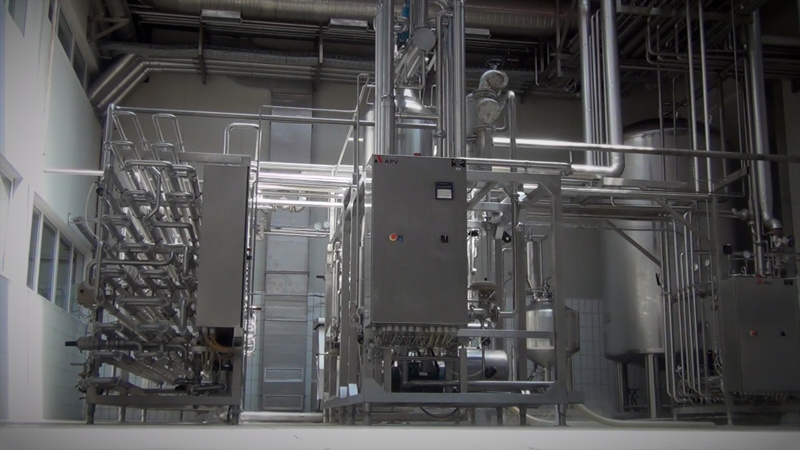 Teloptic invested in building a dairy factory after Milkos was privatized. (Photo: CIN)

When Teloptic applied for the loan in 2004, a Supervisory Board the Canton set up with advisory oversight power issued a statement saying that no loans should exceed a half million KM. The supervisors suggested caution in loaning money collected from citizens contributions. Despite that, the Bureau’s management and the Cantonal government approved the full amount.

Jusufović of the Bureau told CIN that the firm has asked for an extension until 2017 to pay. That’s what it has not been sued. Both Teloptic and the Bureau await the verdict of the Cantonal government on whether to grant an extension or file a lawsuit. Jusufović said that it would be a shame to sue a firm that has hired so many people.

CIN reporters were unable, despite repeated efforts, to get in touch with Teloptic’s director Nedim Čaušević. They were able to talk with the director of the dairy built with the loan money who was employed through the program.

The loan was placed via Nova Bank. It was agreed that the Bank was going to decide on the property that would be mortgaged, collect the installments and report to the Bureau. For these services the Bank charged annually 1 percent of the unpaid principle.

This contract was one of the last ones signed by Džemal Subašić, a former Bureau manager. FBiH auditors warned in their 2004 report on the bureau that Subašić’s signing of a contract without approval from the Board of Directors violated the government’s own rule.

At the end of 2004, the Board of Directors sacked Subašić on suspicion of mismanagement and acting without authorization.

Subašić would not talk in detail to reporters, but he said no matter what he had done, the board had to back him. 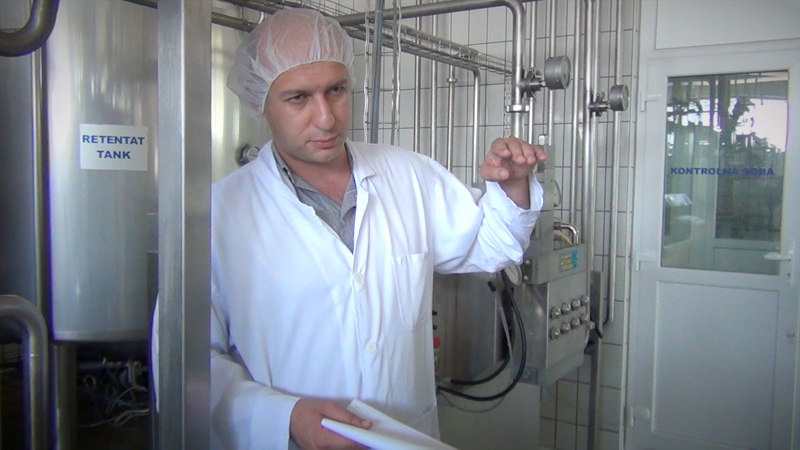 Milkos Director Adin Fakić got a loan in 2005 after having gotten a job through the employment program. (Photo: CIN)

The Bureau’s management broke its own rules again several years later when it gave subsidies to Budnjo’s and Čauševićs’ companies. In the Bureau’s calls for applications it said that employers who received loans without honoring their obligations could not get subsidies.

In 2010, the Bureau subsidized with 28,800 KM the hiring of eight people at Teloptic. After six month that the contract covered, Teloptic kept six of the workers.

A year later, the Bureau subsidized The Hotels Ilidža with 15,000 KM to hire five people. None of them was kept after the contract expired in six months.

They took everything and will give back – none

Back in 2004, the Supervisory Board complained that the management did not pay enough attention to monitoring the effects of crediting and the repayment of loans.

The Bureau has sued 20 firms for not paying back loans. In some cases it organized auctions to try to sell the mortgage used to secure a loan. However, no property has been sold.

Some firms have never returned any money nor have they hired anyone. These include : Berinex (260,000 KM) and Drink Gold (250,000 KM). They got loan money under the same conditions: 5 percent interest and 60 months, plus a one-year grace period, to repay.

The case of Drink Gold is especially interesting. It was under obligation to hire 40 workers for nine months. The Commission for Rating the Employers’ Applications thought that this application should be turned down for two reasons: the firm did filed all required paperwork and it had defaulted on another 250,000 KM loan it had taken from the Federation Employment Bureau.

The Board of Directors approved the full amount of the loan anyway.

The then president of the Bureau’s Board of Directors Ćerimagić said that she and her colleagues were meticulous in their adherence to the rules. Yet, she cannot remember this case.

“I cannot understand how could we have approved it when they did not have all paperwork. I cannot imagine this happening, but there it is,“ she told CIN. 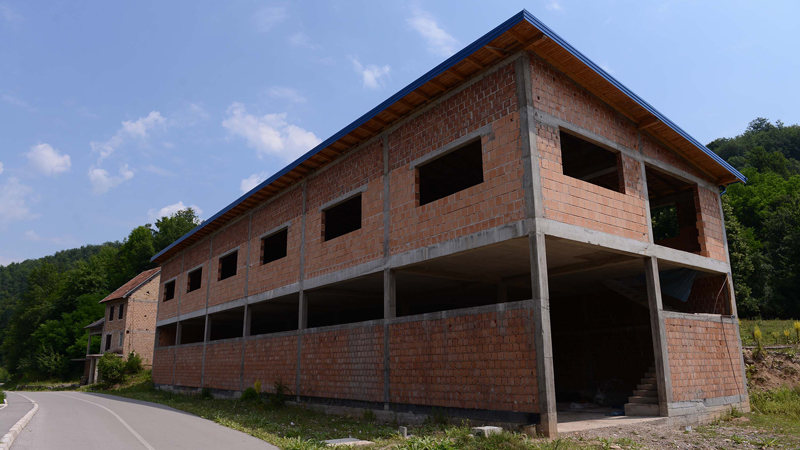 Ćerimagić did not accept a reporter’s offer to examine the paperwork together in search of an explanation.

Drink Gold’s former executive Elmedina Devlić said that it spent the loan money building 980 square meters of business premises in Prača municipality. It planned to open a mineral water factory there and it had obtained a concession license to exploit the water source from Bosnian Podrinje Canton in 2010.

Three months after the cantonal government broke off the concession agreement with Drink Gold for failure to fulfill contractual obligations, the first public auction took place. Two other unsuccessful auctions followed, after which a court pronounced the case closed.

Devlić said that the firm could not hire people because it did not get enough money.

“Now everyone holds forth how we did not pay back the money. We don’t have any to pay because we could not finish and start the production,” she said.

A solution or continuation of a problem

From the beginning of the loan program, the Bureau has had other costs apart from workers ever hired and the 2.5 million KM loaned out but never repaid.

For example, the banks through which the loans were placed have charged 604,000 KM in commission fees and court procedure costs.

In 11 years three commissions were set up and the taxpayers shouldered another 108,000 KM in costs to pay members. The first one sifted through the calls for applications and chose employers who were to receive loans; the other monitored the effects of the crediting and the third was set up to solve the issue of unpaid debts.

Due to the grave problems with the return of money and honoring the borrowers’ loan obligations, the Sarajevo Cantonal Government set up the last commission in mid-2011. In two years it has twice changed its line-up. For almost one year the Board of Directors and the Cantonal government have failed to move on the Commission’s proposal to extend the repayment date for the firms that have hired workers and to write off penalties from to those who have paid back the principal and interest.

Jusufović said that he presented the previous Board of Directors with his findings on outstanding loans and on the need to solve this issue.

“They said that this was ‘a hot potato’ for them”, said Jusufović. “And it stopped there. No one has made any statements after.” 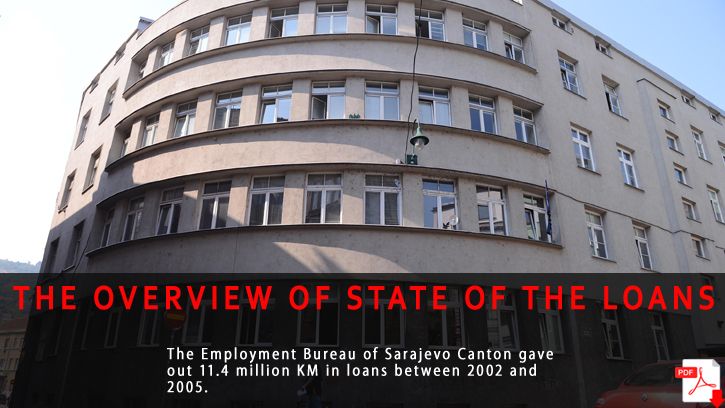 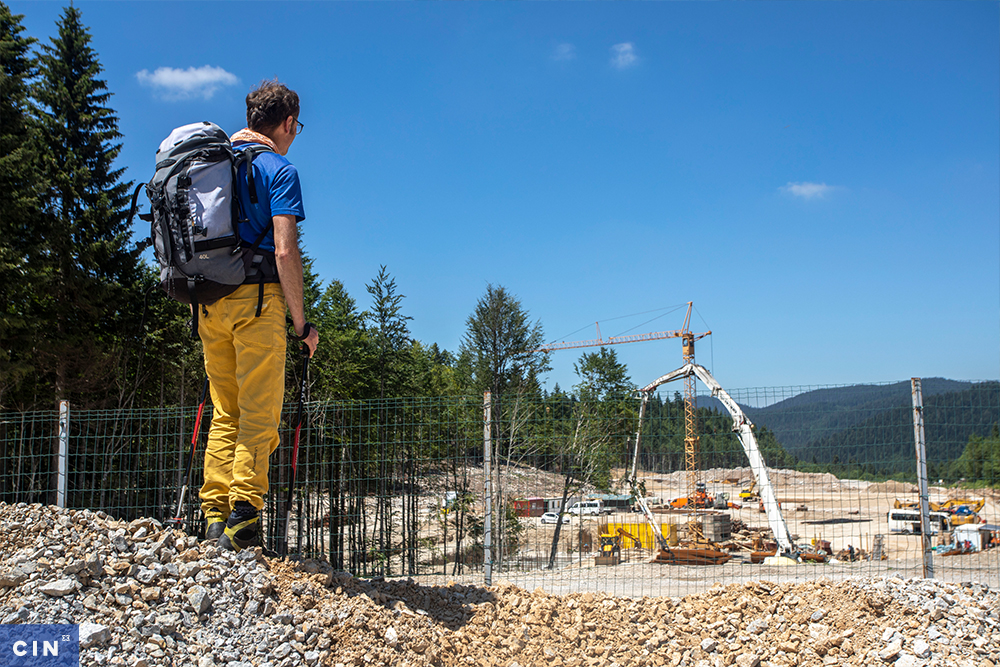 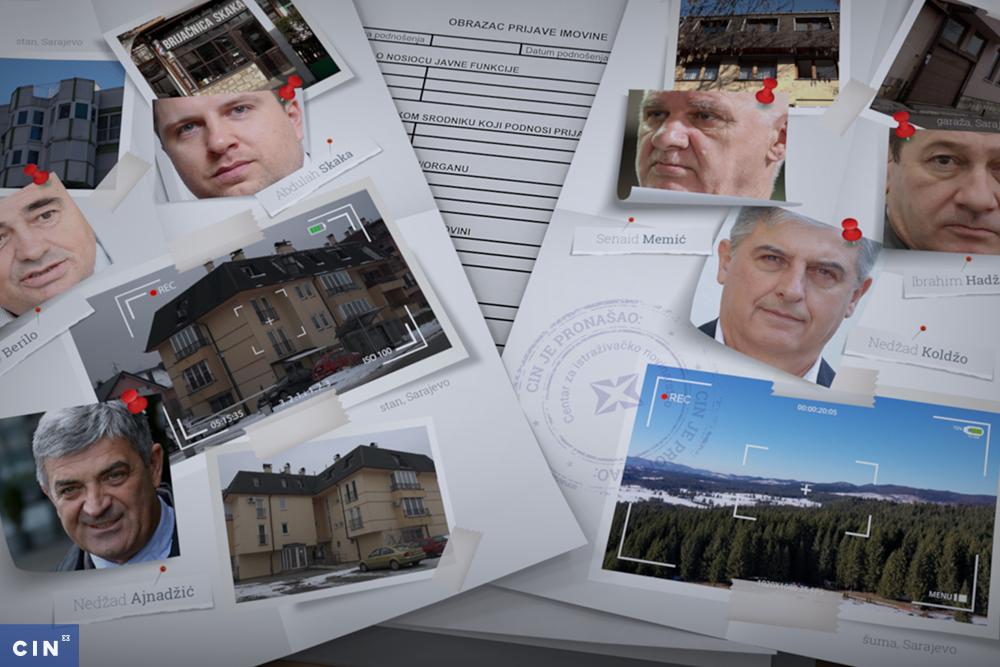