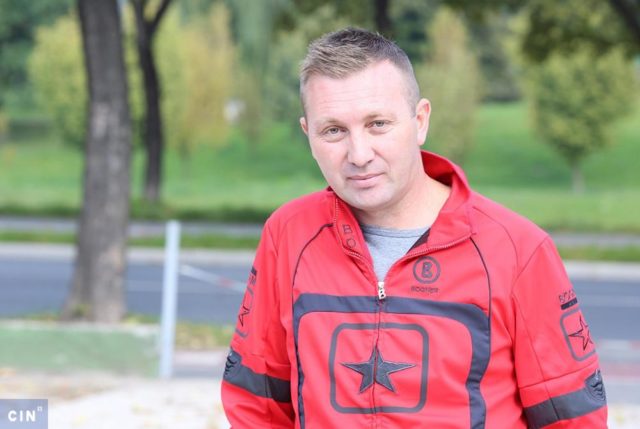 Prosecutor’s Office of Zenica-Doboj Canton (ZDK) filed an indictment against Senaid Begić. The former director of ZDK Health Care Fund is accused of illegal hiring, abuse of travel expenses, unauthorized reimbursement of medical care in foreign countries and for expensive cellphones without justification.

The Municipal Court in Zenica approved the indictment on April 30th. All crimes that Begić is charged with took place between 2012 and 2016 when he was the Fund’s director. His co-defendant is the Fund’s finance head Omer Avdaković who was charged with paying around 200 KM as a fee to the members of the Fund’s Board of Directors who had already been relieved of their duty.

According to the indictment, having entered the office Begić illegally hired an expert assistant for coordination with medical institutions. This person did not hold a B.A. in economics as the Fund’s bylaws have called for. Also, he hired as chief bookkeeper a female staffer whose qualifications did not correspond with the job requirements.

The indictment also notes that Begić submitted a fake address in order to be eligible for reimbursement of commuting expenses. He reported as his domicile an address in Matuzići near Doboj even though he lived in Zenica. Thus he inappropriately collected 8,206 from the Fund between March 2012 and November 2013.

The Center for Investigative Reporting in Sarajevo (CIN) has already written about the abuse of allowances in other agencies:

Begić is charged with helping a beneficiary of the Fund with going to Ljubljana for a medical treatment and reimbursing his costs even though the legislative requirements for medical care abroad had not been met. The beneficiary was required to furnish the Fund with an endorsement from the Clinical Centers in Sarajevo or Tuzla. Still, the Fund reimbursed him for over 3,000 KM in costs. That year, Begić bought for himself and six other colleagues cell phones worth over 2,000 KM with the Fund’s money. They have not been decommissioned later on.

The ZDK Prosecutor’s Office also charged him with misusing the Fund’s official car for personal gain over the past two years. He filled in incorrect information into travel orders concerning the starting and ending mileage; route of travel and breaks; vehicle breakdowns; poor record-keeping of gasoline and oil expenses.

Begić’s peer from the FBiH Parliament behaved in a similar manner:

Currently, Begić serves in the FBiH Parliament’s House of Representatives on a party ticket of Social-Democratic Party of Bosnia and Herzegovina (SDP) He is also the president of the Party’s Cantonal Board.

CIN has already written about Begić

Two years ago CIN wrote about Begić’s misuse of funds at the time when he headed the Fund in Zenica. Reporters revealed that he used the agency money for election campaign, advertising and purchase of awards. After the story was published, the ZDK Prosecutor’s Office has put Begić’s management of the Fund under scrutiny.

During this period, as an SDP member Begić served as a legislator in ZDK Assembly. Before the election year of 2014, he was hiring young sympathizers and party members as interns. During that year he increased salaries of his closest associates, including his co-defendant Avdaković. In order to cover for unaccounted spending, the Board of Directors approved 457,000 KM from the budget reserve and the money intended for patients to be treated outside of the canton.

Two years ago, the two of them told CIN reporters that everything was transparent and in line with the law.

“I am not afraid because I have a clear consciousness before myself and the God,” Begić told reporters.