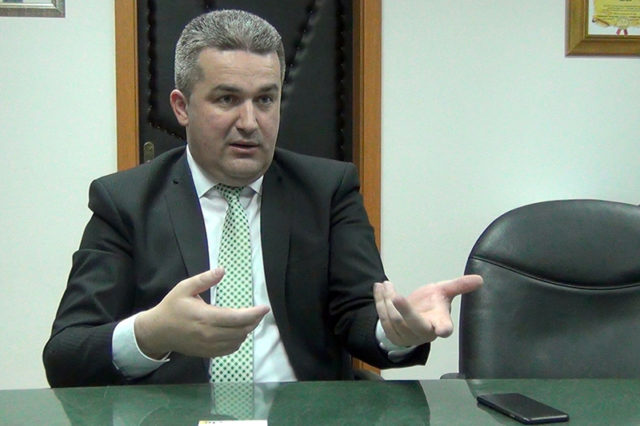 The Municipal Court in Bosanska Krupa approved an indictment against Agan Bunić, the chairman of Una Sana Canton (USK) assembly. Three years ago, while he was the mayor of Bužim municipality, he approved four service agreements for municipality jobs.

Since the municipality was obliged to post a call for applications for these positions, the prosecutors allege that Bunić broke the USK Law on Civil Servants. The indictment describes how he doctored an official document to hide from the USK Ministry of Justice and Administration that the municipality had concluded these service agreements.

The Cantonal Inspector Aladin Ćehić said that Bunić also signed a reply to the Ministry and new labor contracts and service agreements on the same day. Service agreements may only be concluded for jobs that municipality does not hire for.

Bunić did not want to comment on the indictment and said that he had yet to receive it and that his lawyer was going to deal with the matter.

The Center for Investigative Reporting in Sarajevo (CIN) found three years ago that Bunić took advantage of his position for his own promotion. Bunić helped himself to around 3,500 KM that had been allocated to the municipal Center for Social Work to pay for an interview and a cover photo in BH Business Magazine. Soon after, in December 2015, at an award ceremony for the best company executives and companies in Bosnia and Herzegovina (BiH) held in Banja Luka, Bunić received a “Mayor of the Year” award.

The then director of the Center for Social Work, Emir Aldžić, was Bunić’s peer from the Party of Democratic Action. Aldžić supported the idea that the Center should pay to publish the mayor’s interview. Aldžić put out a pro-forma tender procedure for negotiated contracts which the law allowed for small-value procurements. On the same day, he issued a decision about the selection of a contractor and signed a contract with Aldijana Kotorić, director of Medium LLC, the publisher of BH Business Magazine.

Bunić told CIN reporters at the time that the Center had a surplus of money from a fund intended for women on maternity leave. He planned to spend another 3,000 KM to support the event by buying magazines and books sold by the event organizers. This time he faced opposition from the Center for Social Work new management. Aldžić’s successor Samra Mehić refused to foot the bill. The mayor then blocked funds intended for the Center. The Center’s employees and their beneficiaries got no welfare for 2.5 months.

Bunić left Bužim municipality to join the USK Assembly after he was elected on the party ticket of the Alliance for Better Future at the October 2018 general elections.