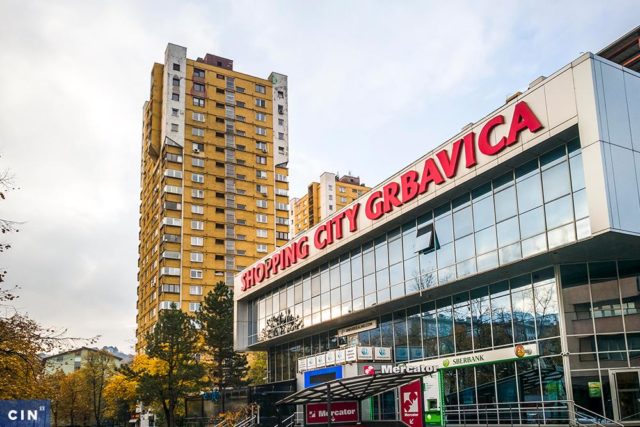 The Association of Antifascist and World War II Veterans of Sarajevo Canton provided a former cantonal minister for veterans’ affairs, Muharem Fišo, with an opportunity to get an apartment on favorable terms in the Sarajevo neighborhood of Grbavica. Fišo is about to privatize the apartment for a price that is several times cheaper than the going rate.

In mid-2019, the Association invited its members to submit their applications. They were eligible if they or their spouses didn’t already own properties. The Association officials say that Fišo had proved that he had met the terms, but reporters from the Center for Investigative Reporting in Sarajevo (CIN) found that this was not true. Fišo and his wife Safija own two houses in the Hadžići borough.

Even though he had earlier filled out information about these properties in his asset declarations, Fišo told CIN that he didn’t have them. Then he changed his mind and said that one house belonged to the family.

In 2015, Fišo was appointed minister for veterans’ affairs in the canton of Sarajevo on the ticket of Bosnian-Herzegovinian Patriotic Party-Sefer Halilović. He spent three years in office. Earlier on he was a councilor in the Hadžići borough and in 2014 he won a term in the Federation of Bosnia and Herzegovina (FBiH) Parliament. He has been a long-time member of the Association’s Sarajevo Canton branch and since April 2019 Fišo has served on the state Association’s Board of Trustees.

At the end of May 2019, the cantonal branch put out a call for applications for the privatization of a 59-square meter apartment in Grbavica, one of the most sought after neighborhoods in the city. The WWII veterans and their families who took part in 1992 to 1995 war were eligible if they didn’t own an apartment or a house and had been residing in the Sarajevo Canton for at least a decade before the beginning of the last war.

In mid-September 2019, the Commission selected Fišo and after the Board of Trustees approved the decision Fišo won a right to buy out the apartment for 35,400 KM.
According to the land records, Fišo owns a combined 5,010-square meters of land with a house in the Trzanj settlement.

At the end of last year, Fišo gave another house to his wife Safija in the Hadžići neighborhood of Žunovnica. Together with a courtyard it has 203-square meters.

Fišo said that his wife had inherited the house: “It’s not the (whole) house, it’s half of the house, 48-square meters,” he said. “She inherited 48 square meters…I did not title it to my wife.”

According to the documents, in 2011, brothers Muharem and Aziz Fišo sold half of the house for 70,000 KM. At the end of last year, Muharem gave away the other half of the house of 73 square meters and a courtyard to his wife. In the gift contract they wrote that it was worth 150,000 KM. It also read that Fišo was entitled to reside in the house as long as he was alive and that without his approval it was not possible to mortgage or pledge the property.

In the run-up to the 2008 elections when he sought a nomination for a municipal councilor, Fišo submitted an asset declaration with the Central Election Commission including his and his wife’s properties, income and obligations. He wrote that he owned two houses worth in total 400,000 KM.

CIN reporters visited the households of the Fišos. In Trzanj they came across the former minister and in Žunovnica they encountered his family.

Flat for a Favored Price

The procedure for the flat has been completed and Fišo plans to buy it out even though he owns other properties. “Whether I will manage to buy it or not, I’m planning to take out a loan,” he told CIN.

Fišo has won a right to buy out the apartment for 600 KM per a square meter which is three to four times cheaper than the going rate for similar Grbavica apartments. Three real estate agencies have assessed the location as one of the most sought after in the capital where the price of flats is in the range between 2,000 and 2,500 KM per a square meter.

Even though the Commission president Avdić promised to show CIN reporters the documents that Fišo used to prove that he had met the terms of the call for applications, he changed his mind during an interview.

The Association’s officials did not want to discuss with reporters why they refused two other applicants, Nermin Derlić and Vedran Gavranović. The latter did not want to speak with CIN reporters, while Derlić said that the decision about the Grbavica flat was not fair and he appealed it. He said that Avdić told him that the complaint will not be taken into consideration.

“In this case, Fišo was the one in need of a flat even though he already has a house in Hadžići,” said Derlić. “I was promised eight years ago that my (case) will be solved. However, Nermin Derlić and his family are still out in the cold.”