Una-Sana Health Care Fund has revoked license for dispensing subsidized medicine for a period of one month from the Bihać Public Clinic doctors Amir Cerić, Mehmed Hukić and Hajrudin Omerović as well as a Velika Kladuša doctor Refika Purić-Sarajlija.

The Fund’s director Almin Handanagić issued the order two days ago after the Fund conducted an investigation last year and established that these doctors violated the rulebooks on the dispensing and billing of prescription orders.

“The director has a discretion to revoke the license from a doctor for 30 days until the final decision,” Handanagić told the reporters from the Center for Investigative Reporting in Sarajevo (CIN).

In August last year, the Fund set up a commission for policing prescription orders. The commission randomly selected the Bihać Clinic doctors’s prescriptions issued from Jan. to June of 2015. The commission combed through medical files of 100 to 200 patients per each of 14 Clinic’s doctors. 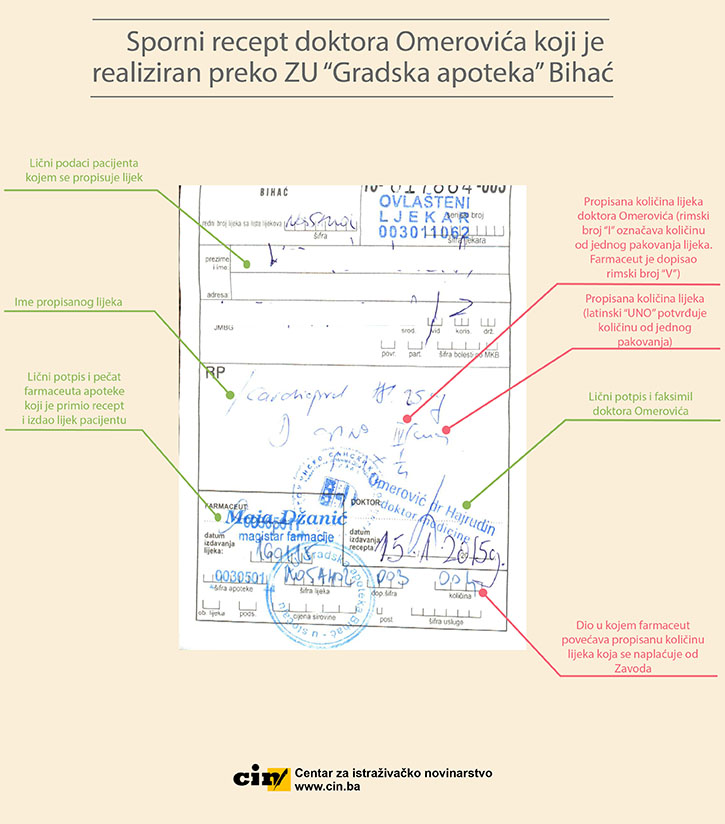 A month ago, the Fund’s Board of Directors accepted the Commission’s report and authorized the director to sanction doctors who have taken advantage of the system.

The sanction follows on the heels of a CIN story “Prescription Order for Corruption”, which was published two weeks ago and showed how some doctors and pharmacies in Una-Sana canton used fake and doctored forms to enrich themselves.

CIN revealed how doctors Mehmed Hukić and Amir Cerić issued 212 prescription orders in the names of unsuspecting patients. The patients have never come for a check-up or showed up at a pharmacy to pick up a medication.

CIN reporters have obtained two Omerović’s prescription orders that were doctored by adding additional amount of medication than he had originally prescribed. In the first order, he prescribed one pack of a medication, but Europharm pharmacists added one more. According to the Commission’s report Europharm and Kovačević pharmacies billed 59 out of 86 Omerovićevih questionable prescription orders.

The pharmacies’ owner Aida Alagić told CIN that she did not accept the Commission’s findings because the agreement between the Fund and the pharmacies did not make provisions for such checks.

In another prescription order, Omerović issued again one pack of a medication, while pharmacists at a Bihać-based Health Care Institution Gradska Apoteka added three more packs. In total, seven of his prescription orders were billed by the pharmacy, according to the report.

The Fund plans to sanction also pharmacies which were adding packs on the otherwise regular prescription orders.

“The Fund’s Board of Directors issued resolutions that are addressing both doctors as well as pharmacies that had been inspected,” said Handanagić. 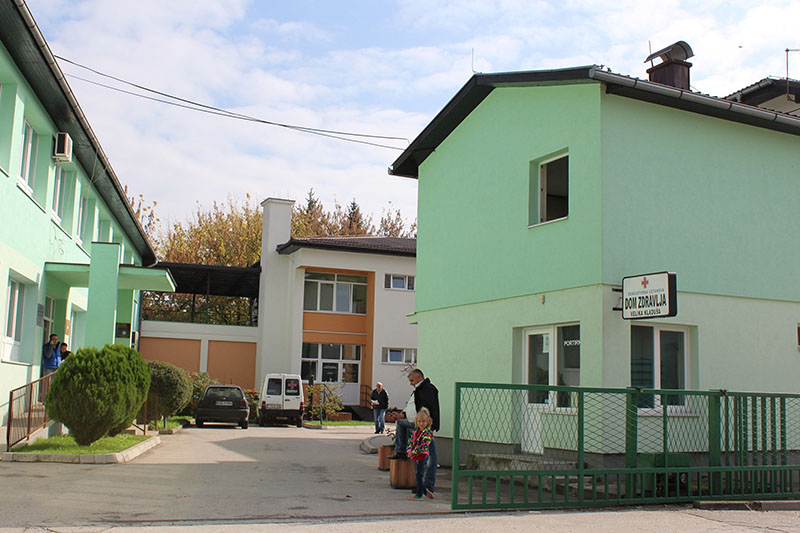 Doctor Purić–Sarajlija from Velika Kladuša Public Clinic told CIN that she has not taken advantage of her office while issuing prescription orders. She said that the Fund ‘s inspection arrived while she was on a vacation.

“I went to Slovenia where my family lives and that’s when the commission came to inspect my prescription orders – when I was away,” said Purić–Sarajlija.

Director of the Public Clinic in Velika Kladuša, Lirija Jusufović, said that the doctor was away on vacation, but the Fund had announced the inspection several days earlier.

“Her case was the most obvious – in other words, the commission caught wind of something and they came straight away and found grounds for sanctioning the doctor,” Jusufović told CIN. She added that the Fund will continue with the investigation that will include other clinic’s doctors during this month.