Acquired a Firm Without A Penny

Two Serbian businessmen of Bosnian descent, Dragan Đurić and Milan Pešut, participated in privatizations in BiH and Serbia. And while there were irregularities in the buyouts of state-owned companies, their contracts were never terminated.

By The Centers for Investigative Reporting in Sarajevo and Belgrade
Dragan Đurić, owner of Belgrade-based Zekstra, became the majority owner of the Veterinary Institute of Zemun in Serbia, even though he did not meet the rules for participation in privatizations. Milan Pešut, the owner of Bankom in Zemun, joined him as a partner to get around the rules.

Pešut bestowed legitimacy on the deal in the form of a fictitious consortium Zekstra-Bankom. In exchange he got 1 percent ownership for free in the Institute that was paid around €9 million.
According to the records collected by investigative reporting centers in Sarajevo and Belgrade, Đurić and Pešut, both Serbian businessmen of Bosnian descent, have privatized several companies in Bosnia and Herzegovina (BiH) and in Serbia. Those buyouts have been marked by numerous irregularities: payment issues, setting up of fictitious consortiums and manufacturing fake competition. However, no contract has ever been voided.

Ten years of doing nothing

The Veterinary Institute Zemun has existed for 75 years and used to be one of the biggest producers of animal food and medicines in Serbia. 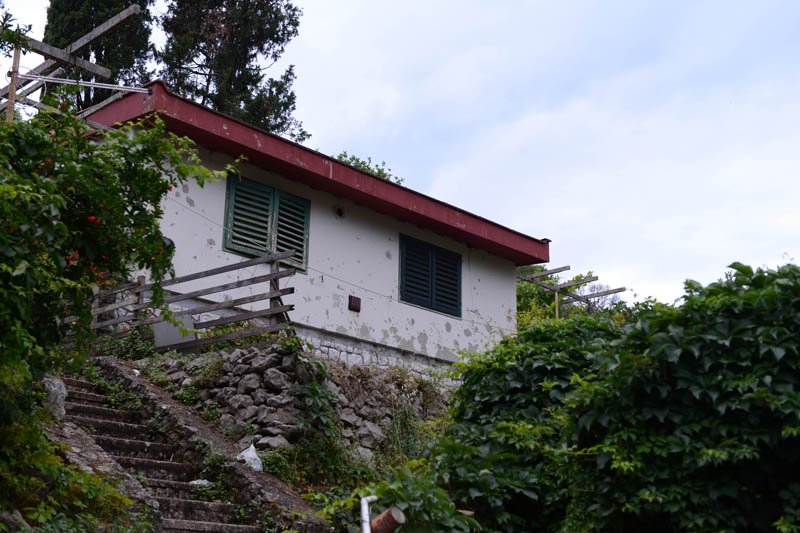 Milan Pešut, a new owner of Leotar, cannot use the bungalows he bought. (Photo: CIN)

A year after an attempted sale of the state-owned company failed in July 2002, the state Agency for Privatization put out a public bid for the sale of 70 percent of the firm via tender. In that type of sale the state looks for “a strategic partner”, i.e. a company with big revenue and specialized know-how.

The consortium Zekstra-Bankom bought the Institute for around €9 million. Zekstra is a textile firm, while Bankom trades in wheat, raw tobacco, seeds and animal food. The tender commission headed by Čedomir Jovanović preferred the consortium’s offer over that of institute workers.

The workers complained to the Anti-Corruption Council, an advisory body to the Serbian Government, alleging corruption. Council records show that they complained of bias by state agencies. They also complained to the Ministry for Industry and Privatization and sued in the Supreme Court. This changed nothing.

Pešut admitted to reporters that he joined the consortium to give Zekstra the legitimacy to buy the firm. He said that he did it because he had been cooperating with the Institute before the privatization and he wanted to continue the cooperation. “Zekstra had no legitimacy to bid. I said then: ‘Ok, 1 percent, but without my expenses. You’ll pay for everything’”. The law on privatization has not defined such a situation, and Pešut said that this was a logical business decision.

Branko Pavlović, former director of the Privatization Agency, said that consortiums were frequently set up simply to meet the conditions of a tender in Serbia. He said no procedure forbids this. “You have to have people who want to prevent misuse”, said Pavlović. 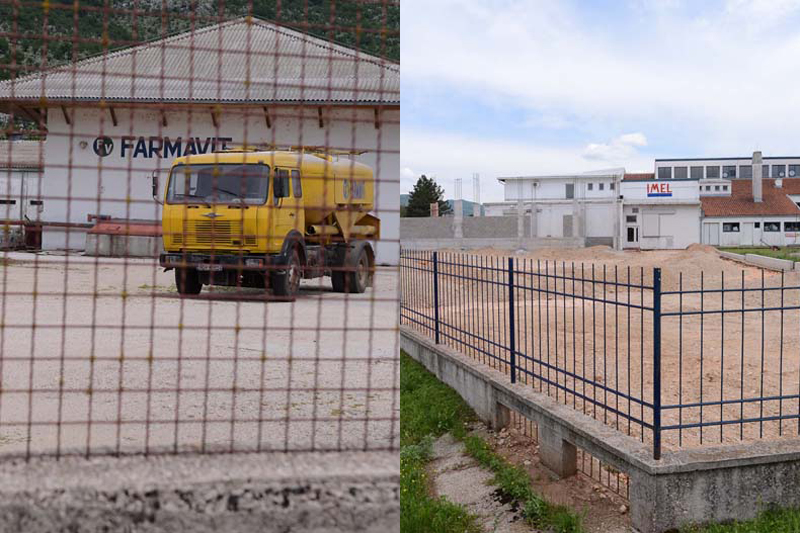 Pešut said that his deputy in Bankom Radoslav Macura was appointed to the Institute’s Board of Directors, again as a pro-forma measure. “He pulled out and afterwards we worked with them just like with any other commercial firm.“

Aleksandar Vučić, a deputy prime minister of Serbia, said that the institute was on the list of dubious privatizations which the government was going to review. He told the media that certain persons connected with it have already been questioned.

The National Bank of Serbia has frozen the firm’s accounts because of €17.5 million debt.

Several years after purchase of the institute, Đurić also joined a consortium that bought Boska Department Store in Banja Luka, BiH. A contract establishing the consortium was concluded in mid-January 2008, between Đurić’s firm Zekstra Group – Zekstra Belgrade and Delta Real Estate Belgrade which was owned by Hemslade Trading Limited of Cyprus. 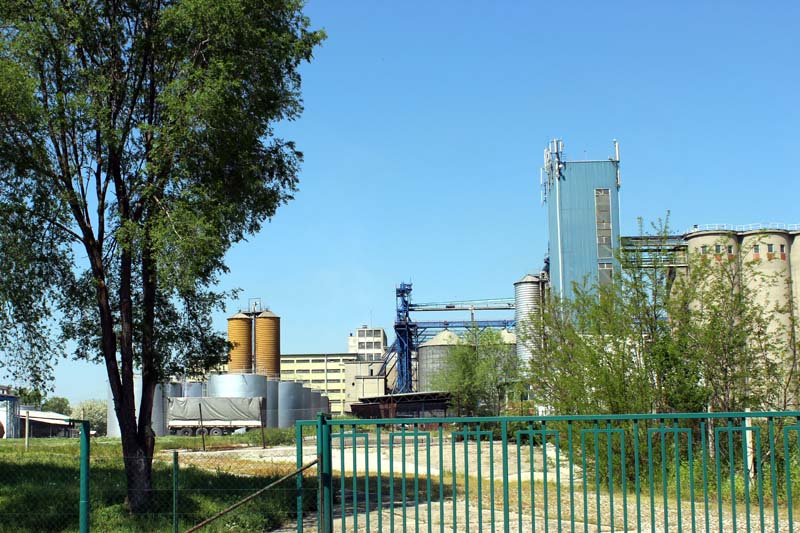 The goal of this consortium was participating in the privatization of 58.52 percent of Boska’s stock capital. It was agreed that Zekstra would buy 39 percent and Delta would buy the reminder and represent the consortium.

The consortium sent a letter of intent for the privatization of Boska to the Republika Srpska (RS) government. Since there was no legal ground for privatization via the direct choice of buyer, the RS National Assembly amended the law. In October 2008, the privatization contract was signed. Đurić signed the contract on behalf of the consortium, while Trade Minister Predrag Gluhaković signed for the government. Serbian businessman Miroslav Mišković joined the ceremony representing Delta.

The government decided to sell its shares for €3 million. The new buyer had an obligation to invest the same amount into the company while keeping 254 workers and paying €770,000 of the Boska’s debt to workers plus other obligations. The rest of Boska remained in the ownership of small shareholders, plus the Retirement Fund and the Restitution Fund.

According to an auditor’s report, the RS Government paid around €253,000 to Boska, money the report called misspent. It went to Boska union’s account on the basis of the contract signed with the consortium.

The consortium was obligated to pay back the RS Government within 30 days. Afterwards, an annex was added to the contract specifying that the loan was to be paid back in two installments over 2009 and 2010. However, the audit established that the funds were wired even before the contract was signed. The contract was never stamped and the annex never signed or stamped by the consortium. The money has never been returned.

But the government kept on helping the new owner. Through the RS Investment and Development Bank (IRB) it bought Boska’s bonds worth €7.7 million. Then RS Prime Minister Aleksandar Džombić who presided over the IRB’s Shareholder’s Assembly made that decision. It was agreed that Boska should pay back this money to the IRB in 12 installments through September 2023. However, Boska has already defaulted on the first payment of €1.1 million, which is why the IRB filed a lawsuit.

Apart from money that it owes to IRB, Boska Department Store owes €353,000 to the RS Tax Administration. 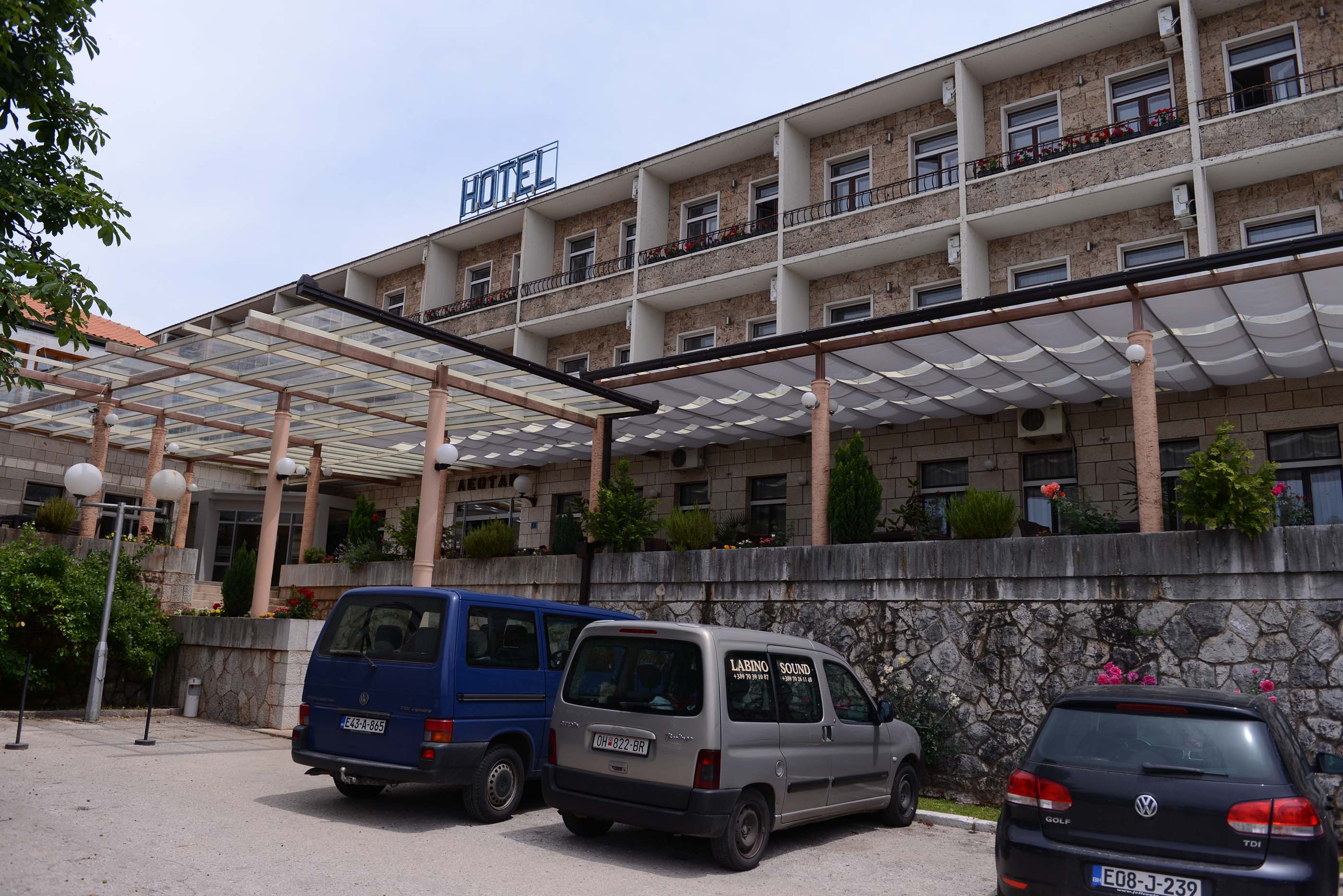 Trebinje-based Hotel Leotar bought a property years ago that has never been deeded to its name. (Photo: CIN)

Connected people at an auction

Pešut also used Bankom to take part in the privatization of Bioprotein factory in Obrenovac that produces livestock food. In the beginning of April 2003 he paid the price of around €90,000 the government asked for.

The auction participants included: Pešut’s firm Bankom, the firm’s employee Borko Vlačić and a representative of Univerzal Holdinga, a firm in which Pešut is a partner.

Pešut bought the firm in the second round, because there were no bids in the first round. He explained to reporters that he showed up in the second round only because he got certain benefits. “In the second round there was a possibility to pay with the old foreign currency’ that could go for lesser price than the nominal one,” said Pešut. He also explained why he went with his worker to the auction:

“It was normal that Borko Vlačić went as the Bankom’s man… If we did not make it or he could not have made it for some better price—so that we could get it…we were not competing.”

Pešut said that he was not in touch with the other participants and that the privatization was carried out according to the law.

The Privatization Agency, however, voided the auction because of suspicions about collusion. Pešut complained to the Ministry for Industry and Privatization about that decision and got his way.

Being interviewed by reporters, Pešut claimed to understand for the first time what the problem was. “Now you’re opening my eyes as to how and why the privatization was voided,” he proclaimed. “I hear this for the first time!” 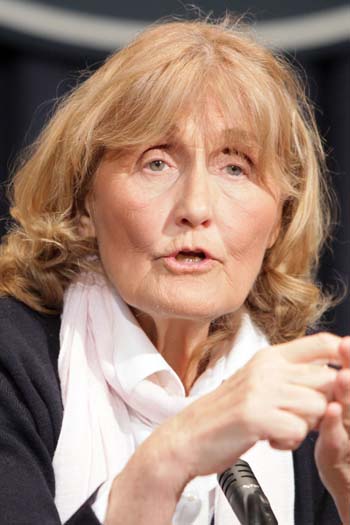 Jelisaveta Vasilić, a member of the Serbian government’s Anti-Corruption Council, said that staffers in the Agency for Privatization have too much power. (Photo: CINS)

Real property was bought but not deeded

Pešut took part in the privatization of Trebinje’s Leotar hospitality company. First, he spent €683,000 for 30 percent of ownership when that went on sale. In the following years he bought off the rest of the state ownership through his firm Bankom. He has ended up with 93 percent of Leotar, while small shareholders own the last 7 percent.

The original sale included a big hotel in Trebinje and another 17 properties. But reporters found that Leotar owns just 15 properties, with right to long-term use of the restaurants Bežigrad and Ekspress, and the City Coffee House.

One property Leotar officials claim they bought in 1970’s was not covered by the privatization. Srebreno Resort, near Dubrovnik in Croatia has never been deeded by Leotar although lawyer Slavka Lojović said the firm did have a bill of sale.

Srebreno Resort includes an operating restaurant and 17 decrepit bungalows. Croatia banned the use of these assets in 1991.

After the privatization, the issue of this property was tackled. The documents from the Croatian land registry show that the property belongs to the “society” while the right of use is shared in equal proportions between Dubrovnik Municipality and the Hotel Mlini in Mlini. New owner Pešut says that this was his property, so he asked Croatia via courts to give him a deed for it.

Trouble over the status of the resort led to the audit of the Leotar privatization. The RS Commission for the Review of Privatization concluded that “There were grounds for suspicion” the property had been hidden during the privatization, and later sold. The Commission filed the report with the District Prosecutor’s Office in Banja Luka, and the case reached the RS Office of Attorney General, which could not establish that a sale had occurred.

Even though it is still not in Leotar’s ownership, Pešut expects it to be with the Croatia’s entrance in the European Union. He said that the buyout of Leotar was not a good business move, but he believed that it was going to do well financially in the future.

Pešut was born in Ljubinje where he owns two factories – Imel and Farmavit. Đurić was born in Derventa, and in BiH he partially owns Darta Trgovina in Banja Luka and Oslobođenje in Pale. 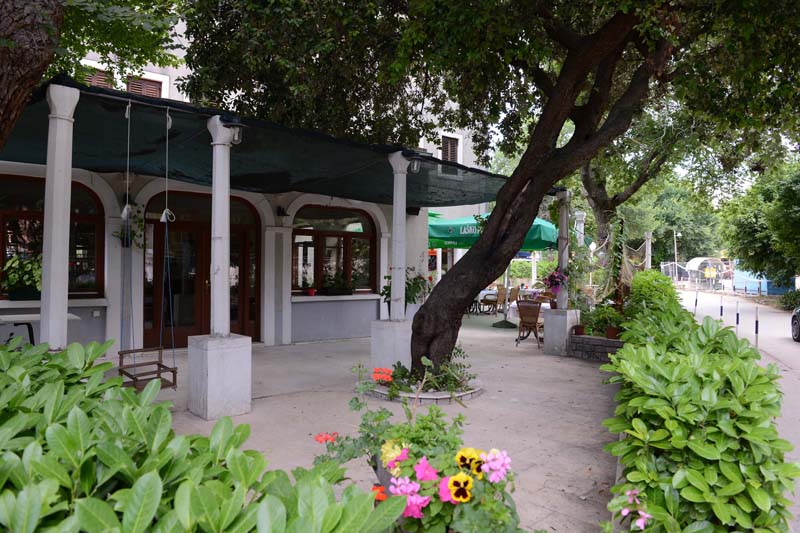 Leotar never entered a deed for the restaurant Srebreno, which it bought in the 1970s. (Photo: CIN)

The privatization is not yet over

More that 2,000 firms have been sold through privatization in Serbia since 2002. Some privatization abuses have been uncovered and arrests made. The Anti-Corruption Council has compiled a list of 24 suspicious privatizations that are under investigation.

Pavlović, a former director of the Privatization Agency, said that no system can prevent pilfering if people “in key positions” in regulatory bodies do not know their jobs and are not committed to public good.

“Some at the Agency for Privatization have too much power, while there is no oversight of their work and that always equals corruption,” said Jelisaveta Vasilić, a member of the Anti-Corruption Council.

Privatization in BiH is ongoing. Some 277 firms have not been privatized, and government agencies are reviewing some privatizations concluded. Fikret Talić from the Federation of BiH Agency for Privatization, said the biggest problem encountered has been the failure to meet the terms and conditions of sales. For buyers the only goal seems to have been to secure property they could later resell at a profit, said Talić. 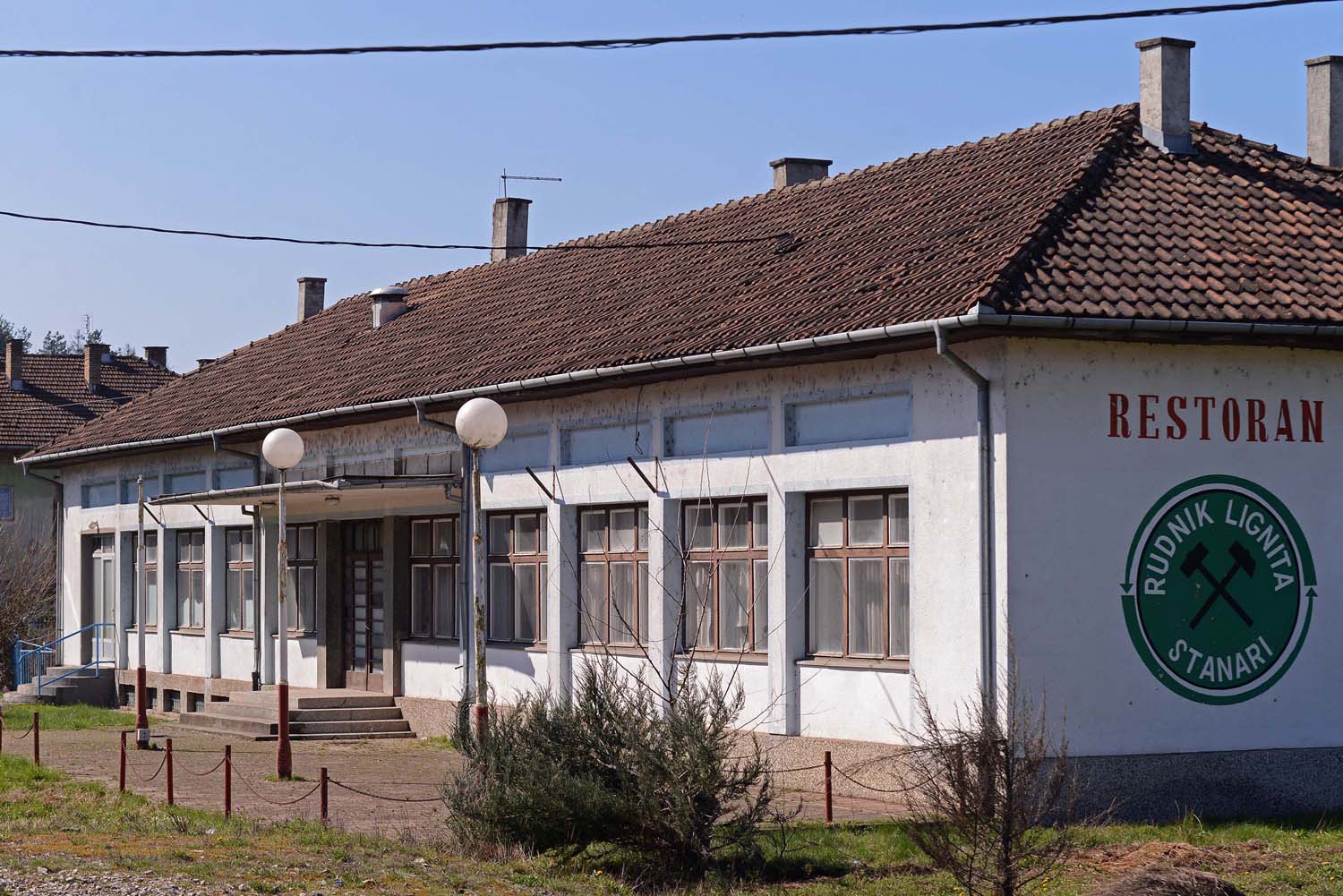 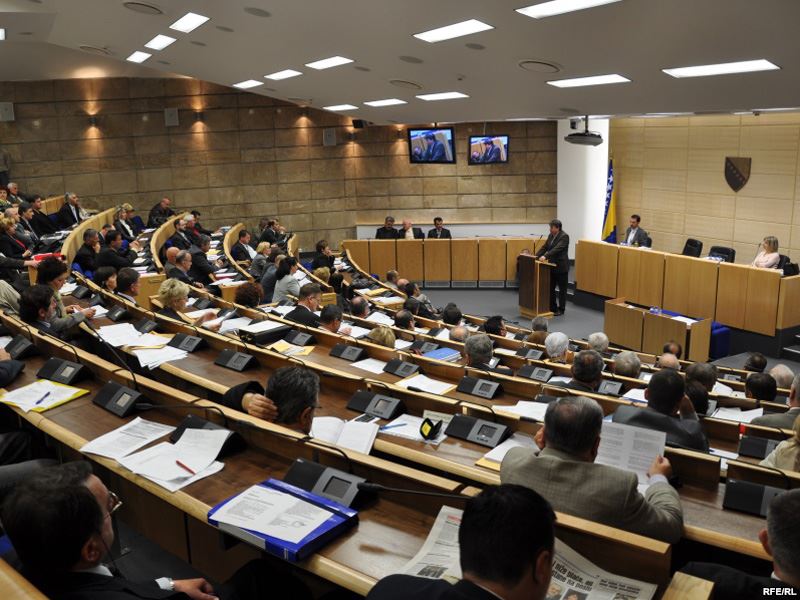 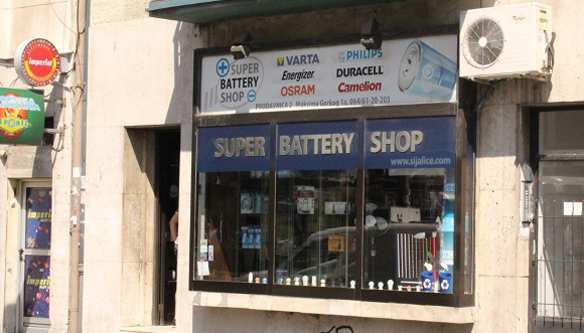 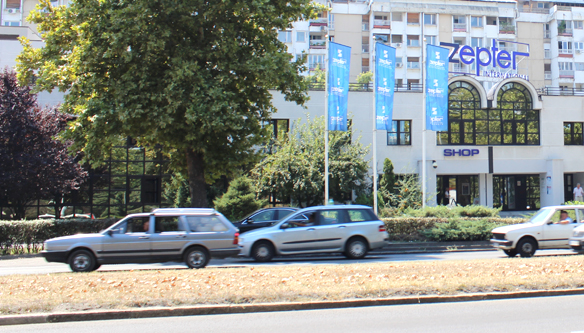 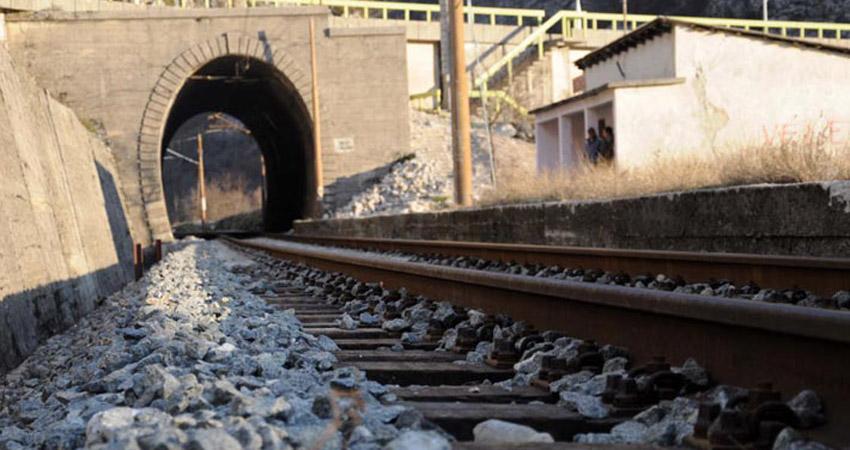