CIN organized a round table discussion on public money savings

A roundtable organized by the Center for Investigative Reporting (CIN) offered proposals for amendments to the law that would significantly reduce or prevent abuse of official’s rights. 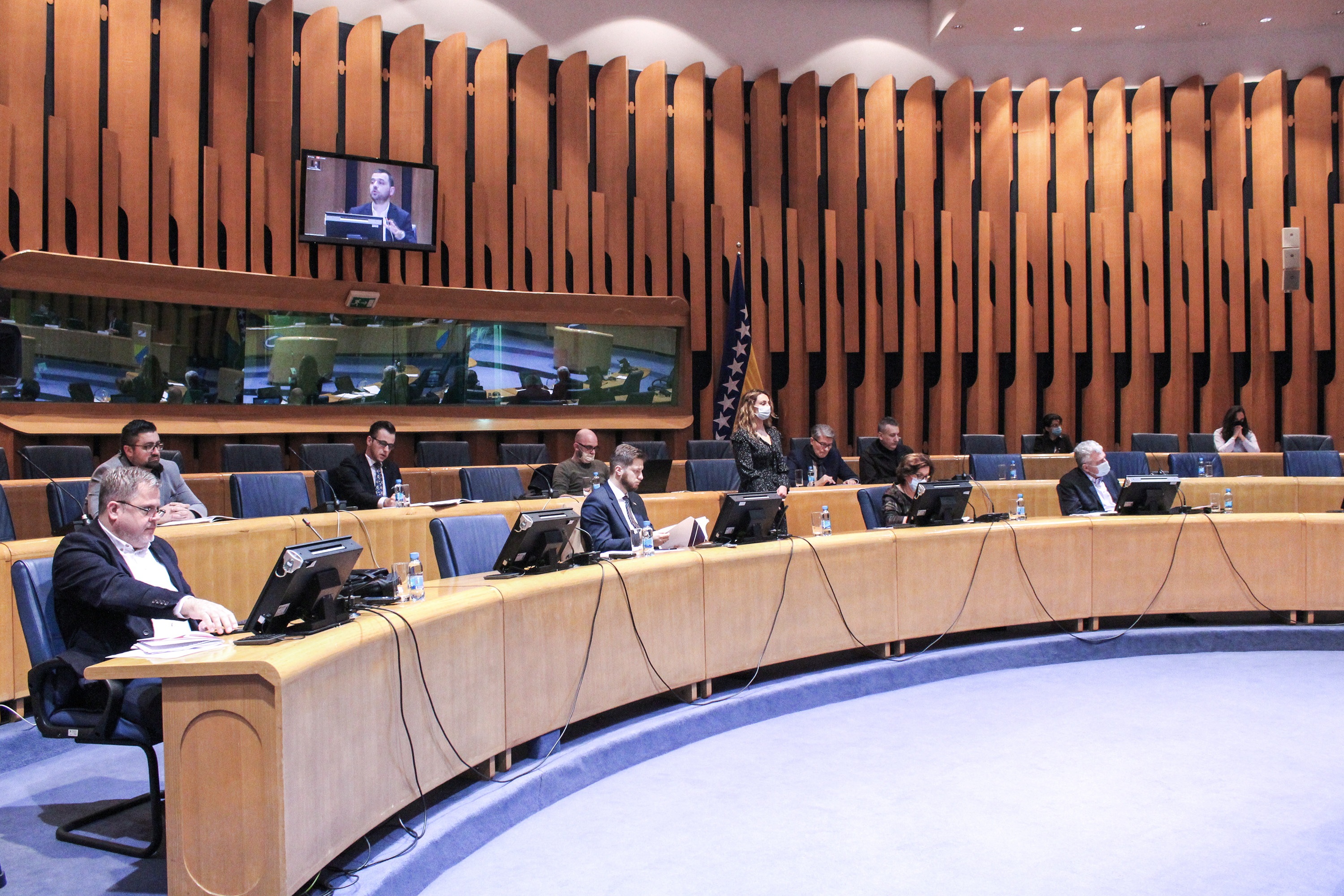 The roundtable discussion was attended by politicians, economic experts and representatives of NGOs (Photo: CIN)

Mr. Faruk Hadžić, an economic analyst, Mr. Saša Magazinović, an MP in the Parliamentary Assembly of Bosnia and Herzegovina (BiH), and Aladin Abdagić, CIN’s editor-in-chief spoke at the round table event titled “Fairplay Rules for Public Finance” about changes that could lead to savings in the budgets, which could be spent under clearly defined rules.

“Let’s talk about each entitlement individually. Let’s see whether all these things are justified or maybe there is some room for savings or abolishing some of them”, says MP Magazinović.

State-level elected and appointed officials are entitled to 19 perks, at the Federation level to 10, and in the Republika Srpska to 8. Some of them include a living-away-from-home allowance, family visits, accommodation, and transportation. In nine years, state MPs collected BAM 2.16 million KM on these four perks alone, while the delegates of the Federation Parliament collected more than BAM 825,000 in two and a half years. CIN already reported on the misuse of these perks, stressing the need to set clear rules for their use.

“Thus, at one level of government we found a well-established system in which [officials] could pull out as much money as possible on account of the perk, which they did not use at all,” said CIN editor-in-chief, Aladin Abdagić.

Frequent abuses are noted in spending budget reserve because there are no clearly stipulated procedures for allocation of budget reserve funds nor is there a requirement to justify the use of such funds. The publication titled “Fairplay rules for public finances”, a compilation of expert reviews by economic analysts Faruk Hadžić and Azra Bećirović, presents figures and data analysis on money spent and legislative amendments required for more efficient spending of public money. According to these data, in the election years, budget reserve went up by BAM 60 million.

Political parties and individuals exercise direct control over the work of public companies by appointing members to management and supervisory boards and appointing directors of such companies and thus influence the selection of staff in the civil service, which affects the efficiency of the work of public services. According to Faruk Hadžić, an economic analyst, “having a hundred persons in the public sector who are redundant, i.e., with no particular job to do but who are employed in such a way, costs of society BAM 3 million a year”.

Officials also directly decide on the employment of advisors, the position often used as an entry ticket to a position in the civil service. The positions of advisors are filled outside of a public competition procedure, often by people who do not meet the required qualifications. These posts are almost always reserved for party persons. Data from the publication show that one state-level advisor costs the State, based on a gross salary, an average of BAM 42,000 per year, which means that 72 advisors in the Council of Ministers cost the State around BAM 12 million for just one term.

With the support of the Royal Norwegian Embassy, CIN published this publication, which was then distributed to MPs with concrete proposals to amend several laws. The Ambassador of the Kingdom of Norway to BiH, Olav Reinertsen, joined the discussion, concluding that public finances are a public good:

“Transparency is key, not only in my country but also in any other country. “Transparency is the only way to stop speculation and the best way to prove what is good and what is wrong,” said Ambassador Reinertsen.