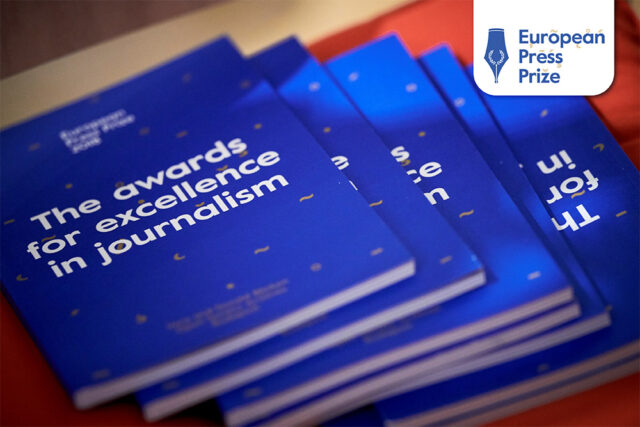 CIN reporters Mubarek Asani and Nino Bilajac were shortlisted for the European Press Prize for investigative reporting with a story about election fraud in the Brčko District.
Asani and Bilajac exposed a network of vote traders ahead of the 2020 Local Elections, leading to the arrests and indictments against trade organizers.

The European Press Prize preparatory committee selects five stories for each category in the shortlist. The winners’ announcement is planned for June 3, 2021.

In addition to CIN, the nominees in the category of Investigative reporting are: “The Dark Side of Sport” by Mathieu Martiniere and Daphne Gastaldi from France, “The climate disgrace of Visp” by Christoph Lenz from Switzerland, “Brutalised Minsk” by Yegor Skovoroda, Anastasia Boike, Maxim Litavrin, David Frenkel, Maria Treschouan, Maria Shreulaan from Russia and Belarus and “Love, offshores, and administrative resources: How marrying Putin’s daughter gave Kirill Shamalov a world of opportunity” by Roman Anin, Alesja Marohovska, Irina Dolinina, Dmitry Velikovsky, Roman Shleinov, Sonya Savina, Olesya Shmagun and Denis Dmitriev from Russia.

The European Press Prize is an award given each year for the greatest achievements in European journalism.
“We believe journalism is one of the great connectors, in a Europe that learns and grows thanks to the stories told by its reporters”, Thomas van Neerbos, Director of the Prize, declared.