The Anti-Corruption and Quality Control Office of the Sarajevo Canton submitted a report and information on the violation of cantonal and federal legal procedures during the construction of the commercial and catering establishment in Trebević to the Sarajevo Canton Prosecutor’s Office.

The Office reported the disregarding of regulations by the City of Sarajevo and the Sarajevo Municipality of Stari Grad. According to the report, the establishment is seven times larger than the old restaurant, although the Trebević Protected Area Management Plan insists that all facilities must retain their original dimensions.

In september 2020, the Center for Investigative Reporting (CIN) wrote about the Municipality of Stari Grad granting building permits, thus ignoring the recommendations of the competent institutions which stipulated that the facilities must retain the existing dimensions.

Following the release of the story, Segmedina Srna-Bajramović, a representative of the Social Democratic Party of Bosnia and Herzegovina (SDP) in the Sarajevo Canton Assembly, filed for an initiative to review the legality of the construction of the establishment, which resulted in the Office’s Report.

At the end of last year, the Anti-Corruption and Quality Control Office of the Sarajevo Canton collected data and documentation: “Yes, we have identified irregularities,” said the head of the Office, Erdoan Kafedžić.

According to the Trebević Protected Area Management Plan, new construction in this site is prohibited, and the old ones must retain the existing dimensions, the rule which the City of Sarajevo and the Municipality of Stari Grad decided to ignore. The establishment is currently in the final stage of construction.

Also, it was established that neither the Urban Planning Service of the Municipality of Stari Grad, which issued the permits in question, and the City of Sarajevo as an investor undertook to protect nature, nor did the Cantonal Inspection required the investors to do so.

Eight times in the past two years, the Ministry of Physical Planning of Sarajevo Canton asked the inspection to check the legality of the construction of the facility.  The on-site inspection established that the City of Sarajevo has the necessary permits, but has not checked if they are in line with the legal procedures.

“The law stipulated that no construction is allowed up there, other than the existing facilities which must retain the original dimensions”, Damir Lukić, an architect from the Cantonal Institute for Development Planning told reporters earlier. 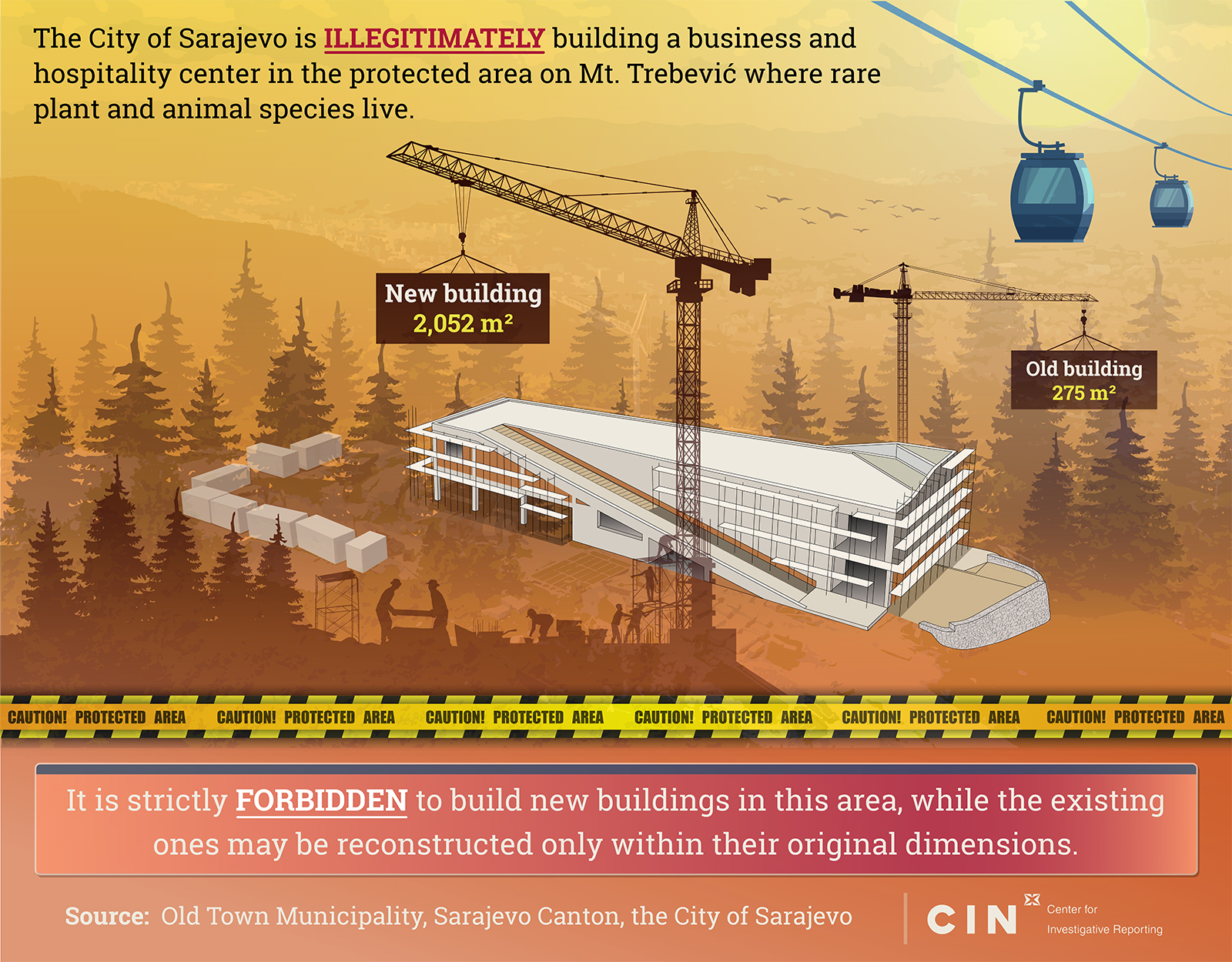